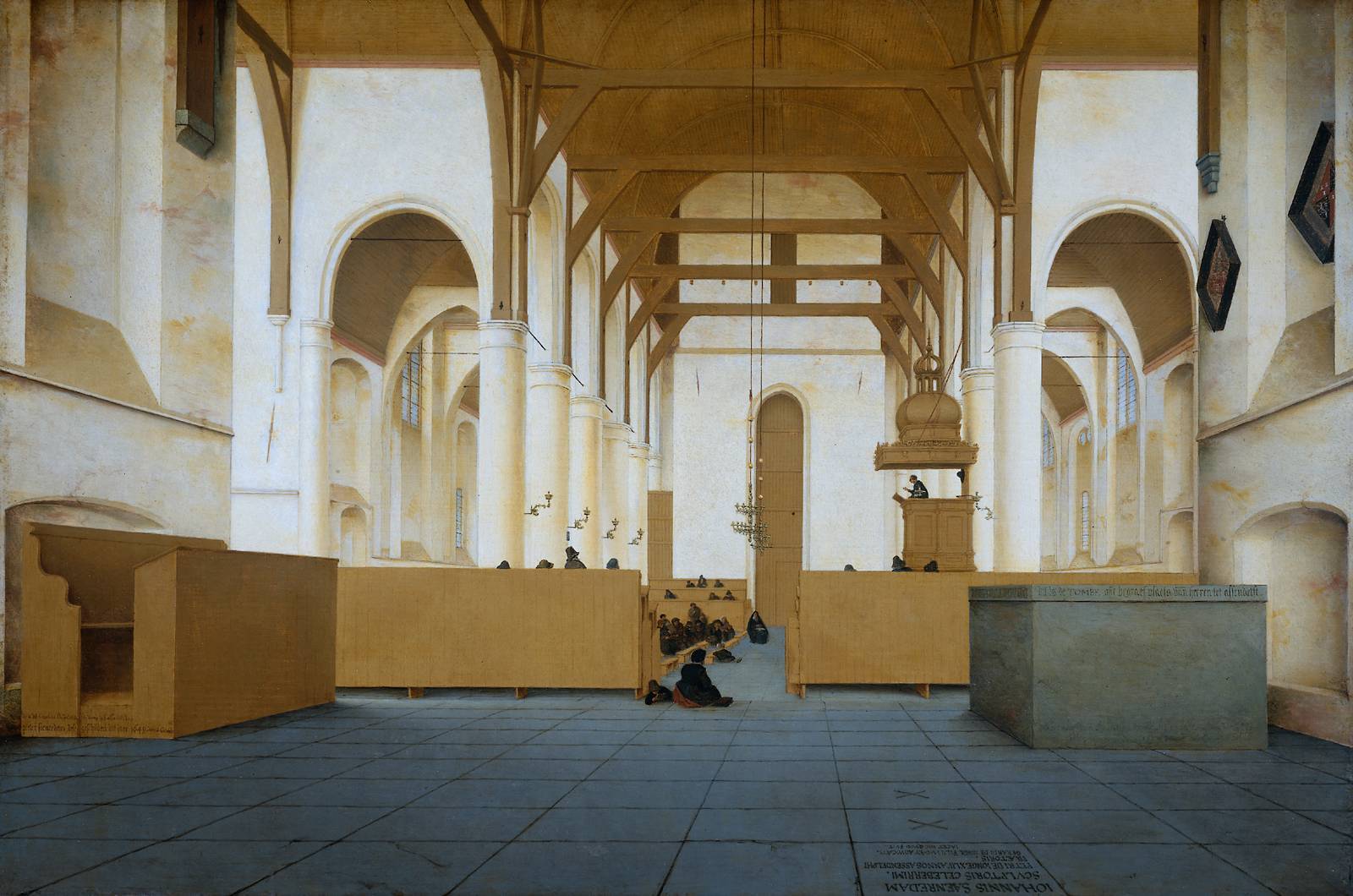 Interior of the St. Odulphuskerk, a Catholic church in the Netherlands Pieter Jansz. Saenredam, 1649 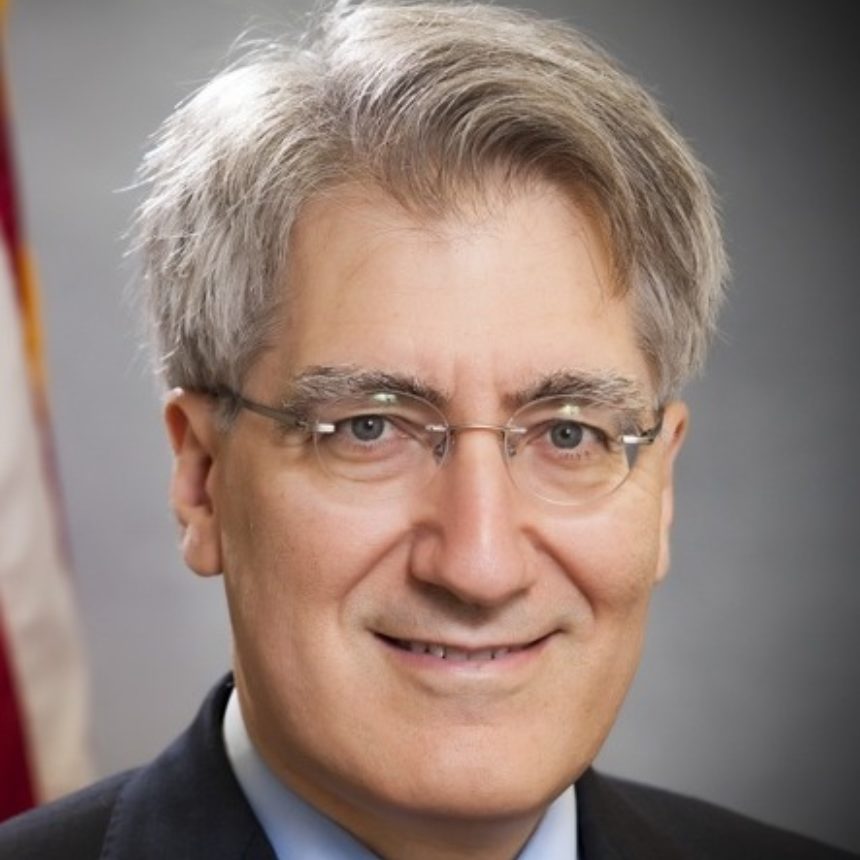 More About this Author
Read Time
|
by Robert P. George …

Do Reason and Revelation Guide Us to the Same Good?

“We grasp the worth of friendship and knowledge not merely as means to other ends, but as ends in themselves.”

If moral norms, including those prohibiting such evils as murder, rape, torture, enslavement, and genocide, are what they purport to be—namely, principles for guiding human choices and actions (including the choices and actions of legislators and other public officials)—then there must be a point to abiding by them; they must have some rational basis. Do they? What could provide such a point and basis?

At the foundation of our moral thinking is our understanding that some things are worth doing and some ends are worth pursuing for their own sakes. It can make sense to act to promote or realize them even when we expect no further benefit from doing so. In other words, they give us more than merely instrumental reasons for acting. When we grasp the point of performing a friendly act, for example, not for any ulterior reason, but just for the sake of friendship itself—or when we grasp the point of studying abstract mathematics, the plays and sonnets of Shakespeare, or the structure of distant galaxies just for the sake of knowledge—we understand the intrinsic value of such activities. We grasp the worth of friendship and knowledge (to take just two of many possible examples) not merely as means to other ends, but as ends in themselves. Unlike money or insurance coverage, these goods are not valuable only because they facilitate or protect other goods. Rather, they are themselves constitutive aspects of our own and others’ fulfillment as human persons.

Of course, feelings and emotions can and do motivate our actions. But the point here is that certain intrinsically worthwhile ends or purposes—like friendship and knowledge—do not appeal merely to our emotions, considered entirely apart from rational reflection and judgment. They also appeal to our understanding—what Aristotle called our “practical reason.” Thus, a complete account of human action cannot leave out the motivating role of reasons—reasons that are provided by ends or purposes whose intrinsic worth we grasp in intellective acts (what I and other philosophers sometimes call “basic human goods”). Indeed, often it is the case that we desire to do something as a result of or in virtue of our rational grasp of its inherent value. Apart from our rational judgment that it is worth doing—i.e., that it provides a benefit and, thus, has an intelligible point—we would simply have no desire to do it.

It is this truth that the brilliant 18th century British philosopher David Hume spectacularly missed in proclaiming that “reason is, and ought only to be, the slave of the passions, and may pretend to no office other than to serve and obey them.” For Hume, in other words, our brute desires specify our ultimate goals (e.g., survival), and the most that reason can do is tell us how to achieve those goals (e.g., eat this, refrain from eating that). But human deliberation and action are a great deal more complex (and interesting) than Hume’s purely instrumental account of our practical reasoning—his reduction of reason to the role of emotion’s ingenious servant—would allow. Our practical reason also makes possible judgments regarding which goals are intelligibly worth pursuing for their inherent benefits, and which, by implication, are merely instrumentally valuable or not of any value at all.

If someone performs a friendly act just for the sake of friendship itself, and not solely for some ulterior motive (which would, after all, render it something other than a true act of friendship), we are not left baffled by it, as we would be left baffled by, for example, someone who for no reason beyond the act itself spent time repeatedly closing and opening a closet door, or walking up and down a busy street informing complete strangers that he likes the flavor of artichokes. Indeed, we grasp the intelligible point of an act of friendship even if we regard the particular act as one that is not strictly required as a matter of friendship, and, indeed, even if we judge the particular act, though motivated by friendship, to be morally forbidden. (Consider, for example, someone’s telling a lie to protect the reputation of a friend who has done something disgraceful. Even if we make the moral judgment that such an act ought not to be done, we can understand the point or benefit of someone’s doing it. We might well criticize such an act on moral grounds, but we would not find it baffling.) We understand friendship as an irreducible aspect of our own and other people’s well-being and fulfillment.

Do you believe that all divine commandments are in harmony with reason?

The variegated nature of human flourishing, and the fact that basic human goods can be instantiated in an unlimited number of persons in an unlimited number of ways, means that we must make choices. Of course, many of our choices, including some serious and even tragic ones, are choices between or among morally acceptable options. No moral norm narrows the possibilities to a single uniquely correct option. But moral norms often do exclude some possible options, sometimes even narrowing them to one. How can that be?

Among those who share the view that morality is, in a deep sense, about human flourishing, there are two main schools of thought. The first, known as utilitarianism (or, more broadly, as consequentialism), proposes that people ought always to adopt whichever option offers the best proportion of benefit to harm overall and in the long run. (This is the thought that Jeremy Bentham, the founding father of utilitarianism, gestured toward in his proposal that morally good action is action that promises “the greatest happiness of the greatest number.”) There are many problems with this proposal, but the most fundamental is that it presupposes, quite implausibly, that different realizations of the human goods available in options for choice (e.g., this human life, that friendship, this part of someone’s knowledge, those aesthetic or religious experiences) can be aggregated or netted (and thus substituted) in such a way as to render the idea of “the net best proportion of benefit to harm” (or “the greatest happiness of the greatest number”) coherent and workable.

This is a mistake. To say, for example, that friendship and knowledge are both basic human goods is not to say that friendship and knowledge are constituted by the same substance (“goodness”) manifested in different (but fully replaceable) ways or to different degrees. They are, rather, two different things, reducible neither to each other nor to some common factor of value. To say that friendship and knowledge are basic human goods is merely to say that they have this, and only this, in common: each can provide us with a reason for acting whose intelligibility as a reason is dependent neither on some further or deeper reason nor on some subrational motivating factor to which it is a means. Thus, “goodness” is predicated of different aspects and instantiations of our well-being and fulfillment as human persons not univocally, as utilitarianism supposes, but rather analogically.

This point can be seen by reflecting on what is lost or foregone in choices between truly good, but mutually exclusive options. The good of the option that is not chosen is simply not to be found in the option that is; this is why regret is possible even when we make good choices. If the utilitarian presupposition of commensurability were sound, then the “best” option would contain all the good contained in the other options, plus more. There would be nothing to regret.

The alternative to utilitarianism, at least for those who believe that ethical thinking proceeds from a concern for human well-being and fulfillment, is what is sometimes called “natural law” ethics. Its first principle of moral judgment is that one ought to choose those options, and only those options, that are compatible with the human good considered integrally—that is to say, with an open-hearted love of the good of human persons considered in all of its variegated dimensions. The specifications of this abstract master principle are the basic moral precepts that Jews, Christians, Muslims, and people of other faiths seek to live by and to teach their children to respect, such as the Golden Rule (“do unto others as you would have them do unto you”), the Pauline Principle (“never do evil that good may come of it”), and Immanuel Kant’s categorical imperative (stated most vividly in the maxim that one ought to “treat humanity, whether in the person of yourself or others, always as an end, and never as a means only”). When applied to the basic human goods as opportunities for them arise in the concrete circumstances of life, these precepts yield fully specific moral norms such as those forbidding murder, rape, torture, enslavement, and genocide. The movement of thought from our grasp of the many dimensions of human well-being and fulfillment to the first principle of morality and its specification in the form of more concrete norms of conduct is fundamentally—and decisively—the work of reason.

And yet, the great monotheistic traditions of faith propose many of these norms also as revealed truths—propositions whose truth is guaranteed to us in virtue of their status as divine commandments. For Jews, Christians, and Muslims, confidence in what reason discloses as precepts of natural law is enriched and enhanced by God’s gracious act of revealing to us what He, in willing our integral good, requires of us in the leading of our lives. Reason and faith are not in conflict or even tension; on the contrary, they are, in the words of Saint Pope John Paul II, the “two wings on which the human spirit ascends to contemplation of truth.”