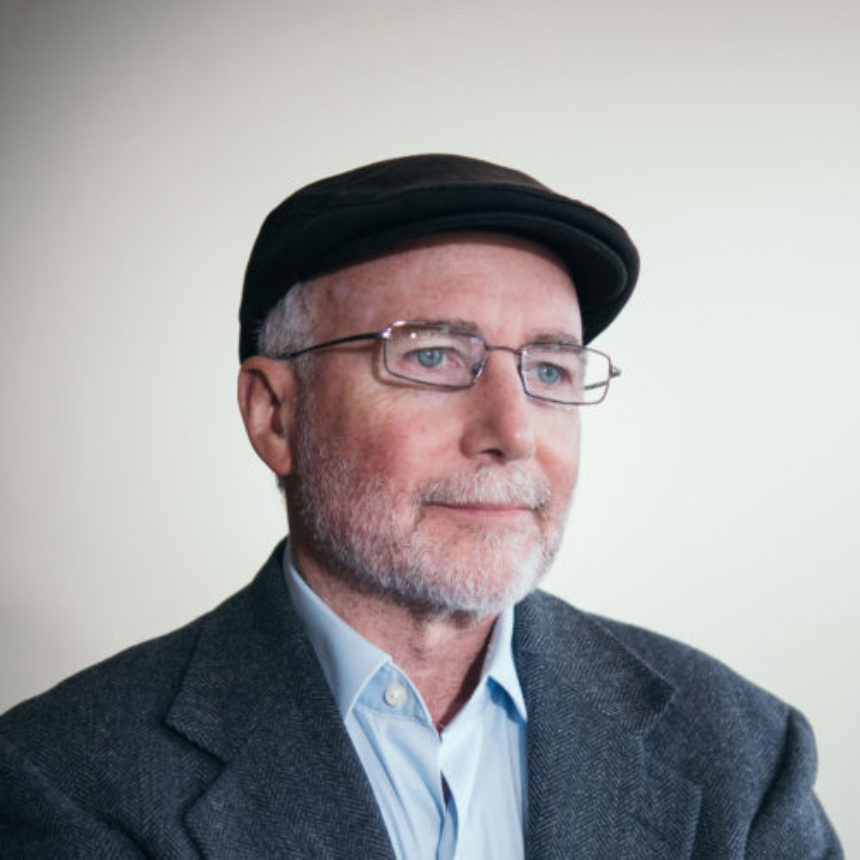 Mark Damien Delp’s research interests include logic and the history of Christian philosophy.

More About this Author
Read Time
|
by Mark Damien Delp …

Mark Damien Delp’s research interests include logic and the history of Christian philosophy. 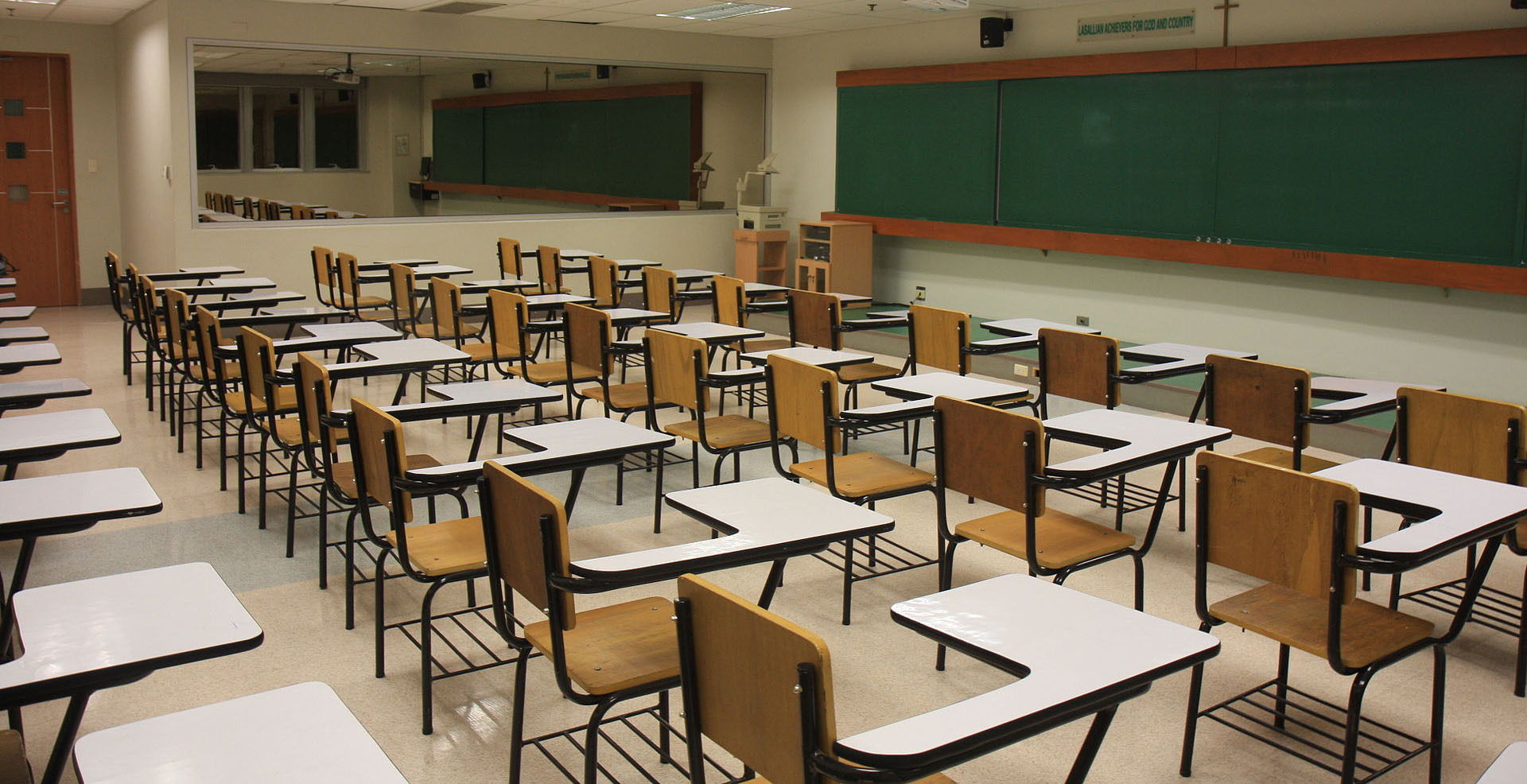 Editor’s Note: St. John’s College and Zaytuna College both describe themselves as traditional liberal arts colleges. They share a commitment to the arts of language and thought and to teaching their students canonical texts upon which civilization rests. But, they have a key difference: St. John’s is a secular college while Zaytuna is decidedly religious. To understand how this difference may inform the idea of the relationship between teachers and students, Renovatio is publishing two companion contributions: a short essay on the philosophy of Zaytuna’s education as articulated by Mark Delp, dean of faculty at Zaytuna, and an excerpt from a lecture to the students of Zaytuna by Eva Brann, former dean of St. John’s College and its longest-serving tutor. God willing, these essays will be the first in an ongoing conversation about Great Books in small colleges.

As the first Muslim liberal arts college in the West, Zaytuna College confronts several challenges that do not arise for other liberal arts colleges. Firstly, we have our own traditions of the free (liberal) arts and sciences which, although having the same roots as those of the West, possess the specific differences of, on the one hand, the primacy of the Arabic language with all the subtle meanings therein expressed that do not have clear correspondences in Latin, Greek, or English, and, on the other hand, the particular genius of Muslim teaching institutions, for which, being influenced definitively by Islamic law and theology, the notion of truly free acts of the mind must be given special interpretations. Accordingly, in building our program, we cannot appeal exclusively to the Western canon or to the academic institutions, which have, since the Latin Middle Ages, developed the theories of education and methods of reasoned discourse that shaped the course of the modern liberal arts college.

Secondly, because a foundational part of our mission is to educate students in both the Islamic and Western liberal arts traditions, our curriculum is taxed with the burden not only of offering the best texts of each tradition but also of harmonizing them within an integral program of study: for instance, what Great Book of the West would complement Ibn Khaldūn’s Introduction to History (Muqaddimah)? Having a confessional imperative, how do we teach Western texts—even one such as the Summa Theologica of Thomas Aquinas—which at times seem to contradict the fundamental teachings of Islamic scholastic theology (kalām)?

Thirdly, in contrast with most Great Book colleges, which use only primary texts, our tradition is built as much on great commentaries as on great original works (in this regard, the Arabic and Latin medieval traditions are very much alike); accordingly, we strive to match the best commentaries to their source texts as well as use them independently as the primary material of a course.

Finally, one of the most formidable challenges for us has been to revive the didactic element of teaching that is characteristic of both Latin and Arabic scholasticism. Whereas it has been a custom of some of the oldest liberal arts colleges to prohibit any didactic teaching during class sessions while cultivating a democratic, dialectical environment wherein tutors and students collaborate in the research of the text, Zaytuna reveres the lecture as well as rigorous discussion. Conceding that the standard lecture practiced in American colleges and universities generally has become unreflectively habitual, coercive, and often merely a means of disseminating information, Zaytuna believes that a good lecture is the only way in which mature, masterly acts of reasoning can be exemplified for the student. For this to happen, however, the student must attend not only to what is said—and the what is of supreme importance—but to how the lecturer unfolds its meaning in time. In making ideas manifest for others by the artful use of words, the orderly acts of the intellect, and the clarity and arrangement of discourse, the lecturer bids the student follow his or her way of thinking, which, at Zaytuna, is ideally guided by the content and spirit of our canon of texts.  Indeed, we believe that a single, brilliant lecture can do more to teach the skills of the trivium (grammar, rhetoric, and logic) than any amount of reading can. Moreover, since we study primary texts in their original languages, our lecturers are compelled, almost by a kind of intellectual law of gravity, to keep close to the firm ground of the text—the grammatical roots of Arabic words, from whence, having unearthed a range of possible meanings, the lecturer proceeds to practice the exegetical skills necessary to evince the unity of a passage or of a number of passages in a text. In this light, lectures are rightly understood as living commentaries, and the students who follow them as collaborators in the ancient art of scholarship. 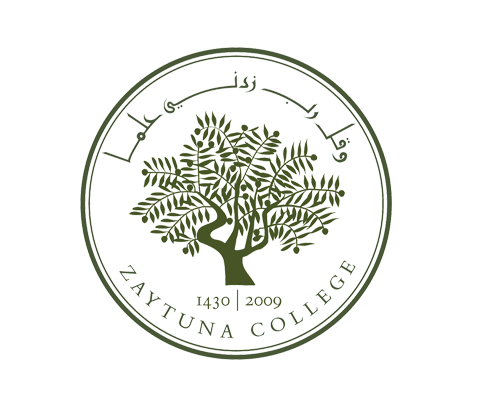 The Arabic inscription on Zaytuna College's seal reads, "Say: My Lord, increase me in knowledge."

Zaytuna recognizes certain commentaries as great works of art in themselves that sometimes approach intellectual heights comparable to the masters of antiquity (among the greatest works of Thomas Aquinas were his commentaries); and though such accomplishments may be rare today, the learned contribution to the commentary tradition, especially as a spoken act, brings to life and makes spiritually present the dialectical drama of the various epochs of human intellectual aspiration. In any given lecture, therefore, the lecturer ideally transcends time and place to meet the minds behind the books, not exclusively to make clear what they were thinking but to make manifest the qualitative life of their minds. Indeed, there are modern commentators—such as Naquib al-Attas in the Islamic tradition and Joseph Pieper in the Catholic tradition—whose works have achieved such intimate communion with the spirit of their masters that their innovations appear to be continuations of an ancient conversation. Zaytuna College, therefore, includes in its curriculum select works of the modern era as rich sources of perennial wisdom. Following the example of these “moderns,” Zaytuna students cultivate the hope of a new era of great books.

At Zaytuna College, we do not consider texts themselves to be teachers but signs of the highest spiritual activity of human persons, with the Qur’an as the unequaled archetype.

“At Zaytuna College, we do not consider texts themselves to be teachers, but rather signs of the highest spiritual activity of human persons, with the Qur’an as the unequaled archetype.”

We also honor and consider necessary the dialectical engagement on the part of students and teachers in the class period during which students earn the privilege of conducting their own exegesis of the texts by the application of their skills in grammar, rhetoric, and logic; by the exercise of a memory trained in traditional techniques derived from ĥifż (memorization of the Qur’an); by disciplined reading habits, which sensitize them to the complexity and hidden order of variously spaced contexts of meaning, grammatical roots, modes of interpretation, rhetorical tropes, and logical forms; and by a sustained awareness that they, too, are joining the ancient commentary traditions by contributing rigorously, creatively, and faithfully to class discussions. It has been our custom to leave to the instructor the decision as to how much of our three-hour class periods should be devoted to each method; moreover, in our “skills” courses—Arabic Language, English Grammar and Literature, Logic, and Rhetoric (the latter two taught in both the classical Western and Arabic traditions)—one may find a greater diversity of methods: for example, Formal Logic has primarily been taught didactically, while Rhetoric is presently being taught almost completely dialectically.

As we strive to achieve a balanced, hierarchical order of topics for the four years of the bachelor’s degree program, we are challenged greatly by the need to integrate both Latin and Arabic hierarchical models of progressive reading. In the medieval Latin tradition, higher education began with the trivium and continued with natural philosophy (including psychology and epistemology), ethics, metaphysics, and theology, among which other concerns, such as history, politics, and economics, figured as subtopics. However, in the process of including the best works of our two traditions, it is often difficult to match texts topic-to-topic: for instance, a text in Islamic law sometimes appears to one trained in Latin scholasticism as a text in theology; or a text in traditional Latin logic sometimes appears to one trained in Islamic scholasticism as a text in theology. In either case, in the freshman and sophomore years, we strive to ground the student in the Latin and Arabic trivium, sacred scripture (Qur’an, hadith), and Western and Islamic history, politics, and economics; while in the junior and senior years, we move into higher-level intellectual history (our course in classical Muslim texts and commentaries offers primary texts and commentaries in philosophy, theology, and legal theory), philosophy, law (both practical and theoretical), metaphysics (Western and Islamic), and theology, with an entire course dedicated to the teachings of al-Ghazālī, who plays a role at Zaytuna College comparable to that played by Thomas Aquinas at Catholic liberal arts colleges.

The general aim of Zaytuna College is to educate students to become morally, intellectually, and spiritually accomplished persons ready to contribute to our contemporary world in ways that are proportionate to their gifts on the one hand and the needs of human society on the other.  Rigorously trained in our two classical traditions, the Zaytuna graduate will be prepared to act within the world by the light of the principles that have enlightened his or her inner world. These principles will allow the graduate to grasp the actual complexity of inner and outer experiences with the completeness demanded by a love of Truth and to communicate that Truth not merely to factually inform but to enlighten and delight other minds, always with the intention of finding the extent of human wisdom. True education, however, seeks more than human fulfillment. Indeed, in the traditions we follow, reason was considered specifically human, a labor of the mind moving from what is known to what is unknown, while intellect was thought to be divine insofar as it is the simple and immediate intuition of Truth as well as the spiritual disposition in which reason comes to rest. In studying sacred scripture and theology, therefore, the Zaytuna student discovers the end of reason’s labors in the intuition of a more-than-human light.

Zaytuna College was founded on the conviction that the gap between faith and reason is a modern invention and that their collaboration now a modern necessity. The knowledge of thousands of facts—where is the connection?  For the Zaytuna student, the knowledge of a single, timeless principle will make sense of thousands of facts. Zaytuna College is the connection.