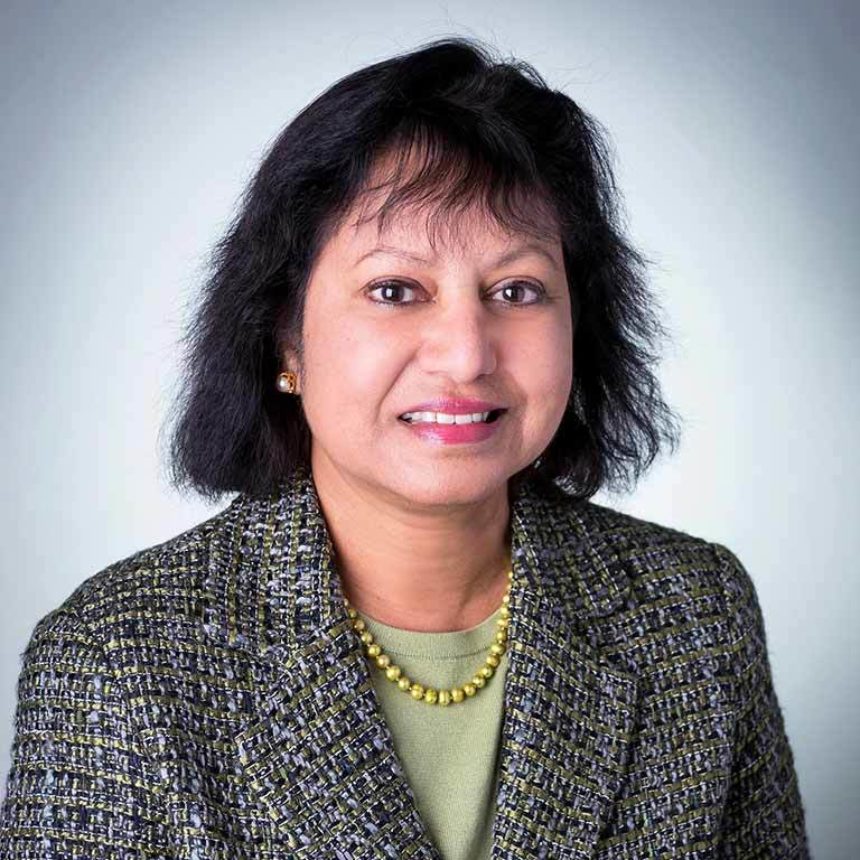 More About this Author
Read Time
|
by Asma Afsaruddin …

Orientalists, Militants, and the Meanings of Jihad 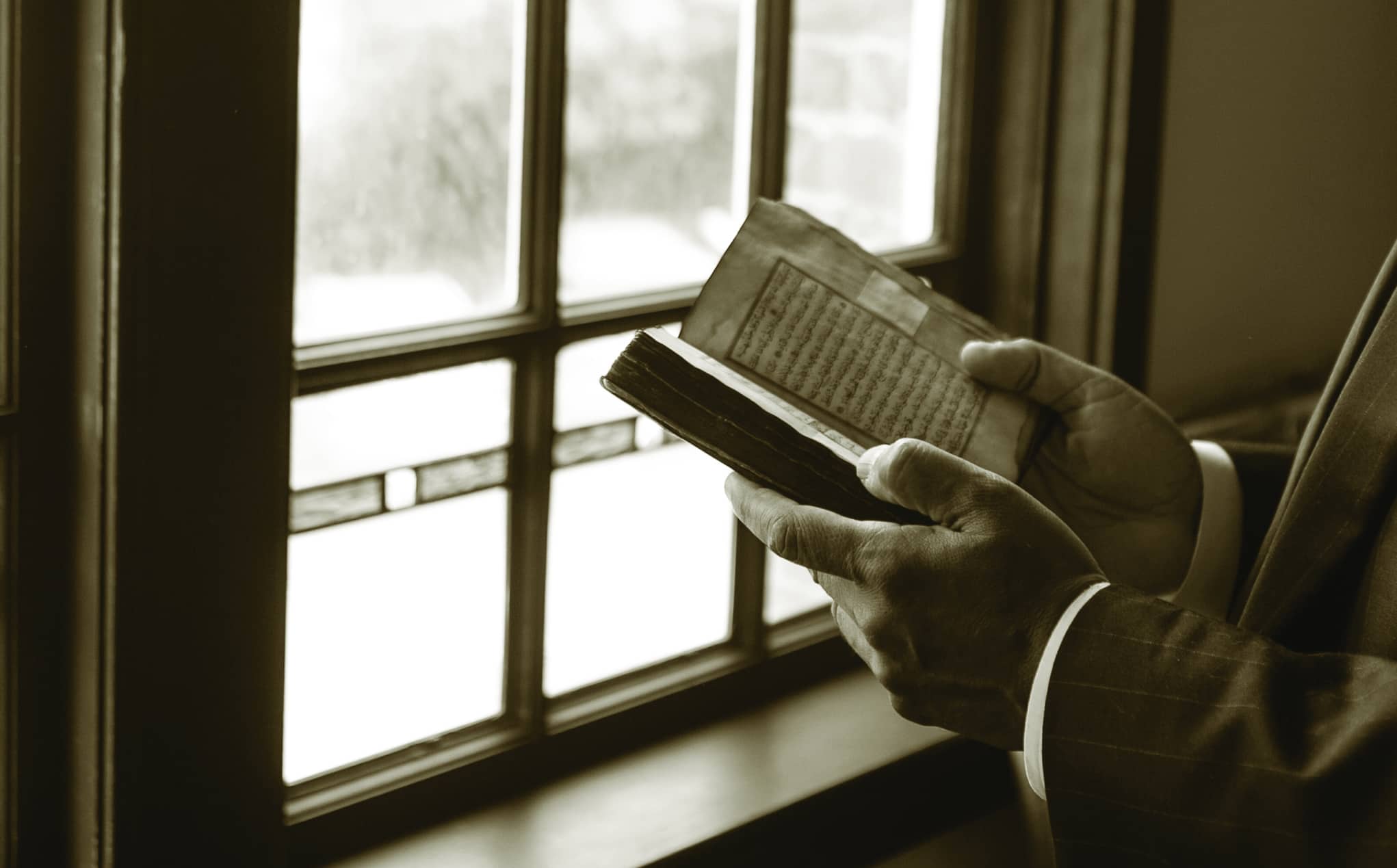 It is commonly assumed in the West that jihad refers exclusively to aggression, and that assumption should not come as a surprise: militant Muslim groups use the word to describe violence in the name of Islam, and Western media, policymakers, and opinion leaders dutifully call such violent extremists “jihadists.” Orientalist scholars and Muslim militants both claim that the Qur’an commands Muslims to wage offensive warfare—which they call “jihad”—against non-Muslims until Islam occupies the whole world. In an influential essay, the Orientalist scholar Emile Tyan asserts that “the fight (jihād) is obligatory even when they (the unbelievers) have not themselves started it.”1 Similarly, the radical twentieth-century Islamist ideologue Sayyid Qutb maintains that the objective of Islam is to win over all humanity to the worship of the one God; whoever resists this hegemonic mission of Islam, as conceived by Qutb, must be ruthlessly fought until death or capitulation.2

Widespread misuse of the term creates confusion and misunderstanding about a core concept in Islam. The Arabic word jihād means struggle, exertion, or effort, and the frequently encountered Arabic phrase al-jihād fī sabīl Allāh means “struggling/striving in the path of God.” Some Western scholars and pundits argue that the concept of internal, nonviolent jihad is a recent and deliberately misleading interpretation lacking a basis in the Qur’an. Rice University professor David Cook, a prominent advocate of this perspective, goes so far as to insist that only Muslim and non-Muslim apologists in the West emphasize the notion of internal or spiritual jihad in order “to present Islam in the most innocuous manner possible.”3

“Throughout the Qur’an, jihad’s nonviolent aspects are encapsulated in the term śabr, or patient forbearance, to connote individual striving to fulfill God’s commandments in all aspects of life.”

These claims can be refuted by going back to the Qur’an, the central revealed text of Islam, and examining verses that are relevant to the concept of jihad. A review of the exegeses of these verses shows that while juridical literature progressively conflated jihad with fighting, the Qur’an employs a separate word for combat: qitāl. In the Qur’an, fighting is a conditional response to aggression and is only one aspect of human striving in the path of God. Verses that exhort Muslims to fight their enemies must be interpreted carefully and contextually. In spite of what hawkish commentators and Muslim militants claim, the verses do not provide a carte blanche for Muslims to attack non-Muslims. Furthermore, throughout the Qur’an, jihad’s nonviolent aspects are encapsulated in the term śabr, or patient forbearance, to connote individual striving to fulfill God’s commandments in all aspects of life.

According to the Qur’an, early Muslims were prohibited from fighting during the Meccan period (before 622 CE), even as they endured harsh persecution by pagan Arabs for embracing Islam. Their jihad, or struggle, during this period was nonviolent. A verse revealed in Mecca states, “Do not obey the unbelievers and strive against them mightily with it (wa jāhidhum bihi jihādan kabīran)” (Qur’an 25:52). Nearly all premodern and modern exegetes agree that “it” in this context refers to the Qur’an; therefore, jihad in this case is a spiritual and intellectual undertaking in which the Qur’an is used as a ĥujjah (proof) against those who oppose it.4

This situation changed within two years after the hijrah (migration) to Medina by the Prophet Muĥammad ﷺ and his followers in 622 CE. According to the classical exegetes, the first verses to permit Muslims to fight their Meccan enemies in response to violent persecution were revealed in the Medinan period. These verses state:

Permission is given to those against whom fighting has been initiated (yuqātalūna) because they have been wronged/oppressed, and God is able to help them. These are they who have been wrongfully expelled from their homes merely for saying “God is our Lord.” If God had not restrained some people by means of others, monasteries, churches, synagogues, and mosques in which God’s name is mentioned frequently would have been destroyed. Indeed God comes to the aid of those who come to His aid; indeed He is powerful and mighty. (Qur’an 22:39–40)

Here, Muslims who have been driven from their homes and subjected to abuse and torture for asserting the oneness of God are granted permission to fight in self-defense. These verses also suggest that Muslims may fight to prevent the destruction of monasteries, churches, and synagogues, in addition to mosques (Qur’an 22:40). This was the understanding of Muqātil b. Sulaymān (d. 150/767), who explicitly stated that God defends all these places of worship through the efforts of Muslims.5 Al-Zamakhsharī (d. 538/1144) understands this verse as referring to the Arab polytheists of the Prophet Muĥammad’s era, who would have triumphed over the Muslims and the People of the Book “in their protection” (fī dhimmatihim) and destroyed their houses of worship if Muslims had not resorted to military jihad.6

Four additional verses (Qur’an 2:190–4) contain important injunctions for carrying out legitimate armed combat and are the foundation for classical jurisprudence about the ethics of war and peace.7 A Medinan verse unambiguously states that Muslims can fight only in response to aggression: “Fight in the way of God those who fight you and do not commit aggression” (Qur’an 2:190). The exegetes agree that these verses refer to the events at al-Ĥudaybiyyah in 8AH/628CE. Muslims who were previously forbidden to fight during the pre-Islamic sacred months were now granted divine permission to defend themselves in the precincts of the Kaaba, in the event of an attack by pagan Meccans. Early exegetes understood the interdiction in this verse (Qur’an 2:190) against committing aggression as a clear and general prohibition against initiating hostilities, under any circumstance. The early exegete Mujāhid b. Jabr (d. 104/722) asserts that this verse explicitly forbids Muslims from ever initiating aggression against anyone, including wrongdoers/oppressors (al-żālimīn), in any place, sacred or profane.8 On the basis of this verse, al-Zamakhsharī in the fourth/tenth century9 and al-Rāzī (d. 606/1210)10 also maintain that Muslims may never initiate aggression.

Additional circumstances that legitimate an armed response to the adversary are outlined in another important group of verses which state:

If they break their pacts (aymānahum) after having concluded them and revile your religion, then fight the leaders of unbelief. Will you not fight a people who violated their oaths and had intended to expel the Messenger and commenced [hostilities] against you the first time? (Qur’an 9:12–3)

The overwhelming majority of exegetes stress that the polytheists’ violation of pacts, their hostile intent toward the Prophet Muĥammad ﷺ and their initial act of aggression toward Muslims made self-defense necessary.11 That fighting is permissible only in response to aggression is clearly established in other verses. Two of these verses permit kind and just interactions with those who are peaceful, regardless of their religious beliefs:

In his exegesis, al-Ţabarī dismisses others’ suggestions that these verses (Qur’an 60:8–9) are abrogated and affirms that these verses clearly permit Muslims to be kind to those who bear no ill will toward them, regardless of their religion and creed. For God, he says, loves those who are equitable: those who give people their due rights, are personally just, and respond to good with good.12 Al-Ţabarī’s views have been affirmed by practically all the exegetes who came after him.13

Another important verse requires Muslims to cease fighting as soon as their adversaries make peaceful overtures: “And if they should incline to peace, then incline to it [yourself] and place your trust in God; for He is all-hearing and all-knowing” (Qur’an 8:61). A majority of exegetes in the premodern period,14 as well as influential modern scholars, affirm the unabrogated, normative status of this verse and reject the position of some of the earlier exegetes that it was abrogated by later verses that give the command to fight hostile polytheists.15

Those who argue that the concept of jihad as an inner struggle is a recent, extra-Qur’anic development fail to recognize that cultivating the attribute of śabr (patient forbearance) is a constant feature of jihad in the Qur’an. This oversight is compounded when Western scholars disproportionately focus on juridical literature relating to combative jihad as a state-sanctioned duty within the context of military security and international relations. If we also consider premodern Muslim exegetical literature, we find that śabr is extolled in these sources as an essential aspect of human striving, as emphasized in the Qur’an.

One particular Meccan verse is often invoked to establish the importance of śabr as a constant feature of human striving in the face of life’s vicissitudes. This verse states, “O those who believe, be patient and forbearing (iśbirū), outdo others in forbearance (śābirū), be firm (rābiţū), and revere God so that you may succeed” (Qur’an 3:200). Early exegetes from the first three centuries of Islam (e.g., Mujāhid b. Jabr and Muqātil b. Sulaymān) uniformly emphasize śabr and its derivatives as referring to patient forbearance in the carrying out of religious duties such as prayer, particularly in the face of ill-treatment by others.16 In his commentary, the late sixth/twelfth century exegete al-Rāzī states that the first imperative in this verse, iśbirū, has to do with the individual, while the second imperative, śābirū, deals with interactions between the individual and others. He also notes that the term muśābarah (related to the command śābirū in Qur’an 3:200) has to do broadly with commanding good and preventing harm, which is a fundamental moral imperative in Islam.17

The struggle to cultivate the Qur’anic virtue of śabr is referred to as jihād al-nafs in typologies of jihad based upon the many prophetic narrations that refer to "fighting" (mujāhadah) one's ego (nafs). In a weak Hadith that Imam al-Bayĥaqī relates, the Prophet ﷺ is reported to have referred to fighting one's desires as "the greater jihad."* The Qur’anic qitāl, meaning "fighting" is later termed jihād al-sayf to distinguish it from the greater jihad of the nafs. The scholars al-Ghazālī (d. 505/1111), an Ash‘arī theologian of a mystical bent, and Ibn al-Qayyim al-Jawziyyah (d. 751/1350), a Ĥanbalī jurist, wrote treatises praising the cultivation and practice of patient forbearance (śabr) as the best expression of jihad, and as an indispensable trait for resisting the incitements of the lower self (al-nafs al-ammārah).18 So while it is correct to state that the terms jihād al-nafs and jihād al-sayf are late coinages, the concepts they embody date back to the earliest Islamic period and correspond to the Qur’anic terms śabr and qitāl, respectively.

How can a deeper understanding of jihad become more prevalent?

Most Western academic and popular discussions of jihad focus exclusively on its aggressive dimensions, which are then projected onto the Qur’anic text itself. The fiery rhetoric of contemporary Muslim militant groups compounds widespread misunderstanding of the term. In reality, “jihad” is a broad term that encompasses different modes of human striving on earth. A closer examination of Qur’anic terms, a contextual reading of verses relating to jihad, and a review of exegetical literature reveal that qitāl, or fighting, is jihad’s conditional feature, restricted to specific circumstances outlined by the Qur’an. The non-combative dimensions of jihad are encapsulated by the term śabr, or patient forbearance. Śabr is the constant feature of jihad: the ongoing internal, personal striving to fulfill God’s commandments in all walks of life.

* Editor's note: Ibn Taymiyyah claimed this hadith had no basis, but, despite his rejection, it has different narrators, including Imam al-Bayĥaqī and al-Khaţīb al-Baghdādī, who both attribute it to the Prophet ﷺ. Imam al-Nasā’ī also narrates the same statement in his Kitāb al-kunā but as a statement made by Ibrāhīm b. Abī ¢Ablah, who is considered a tābi¢ (one of the companions of the Prophet’s companions) and trustworthy in his transmissions. He would not have said it if it did not have a basis.