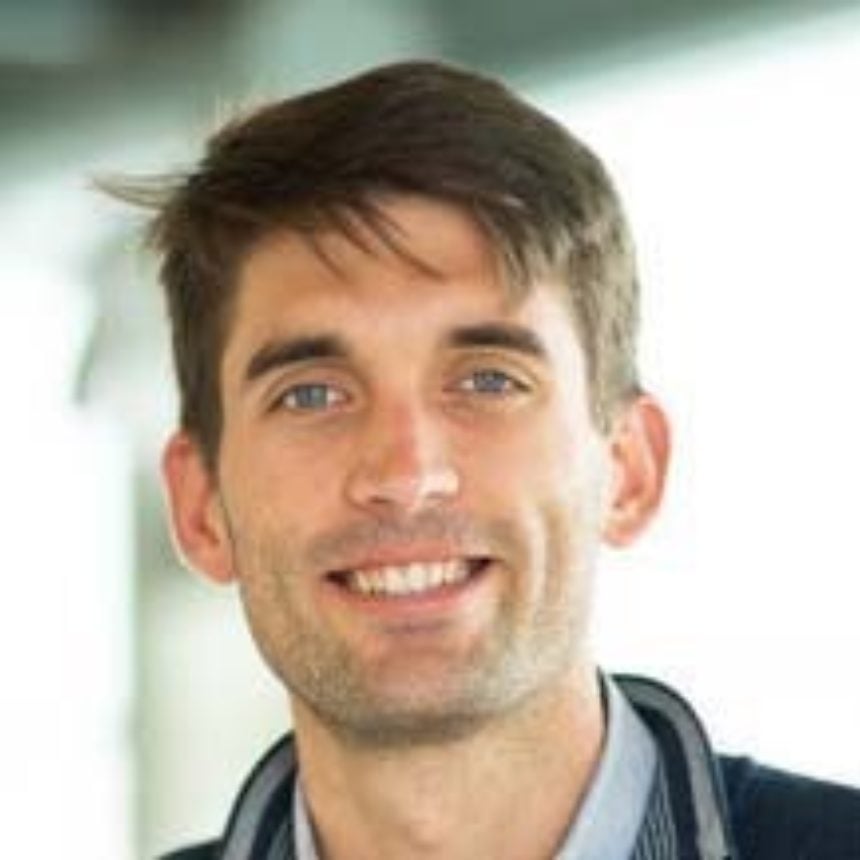 More About this Author
Read Time
|
by Joshua Lee Harris …

The Human Arts of Graceful Giving and Grateful Receiving 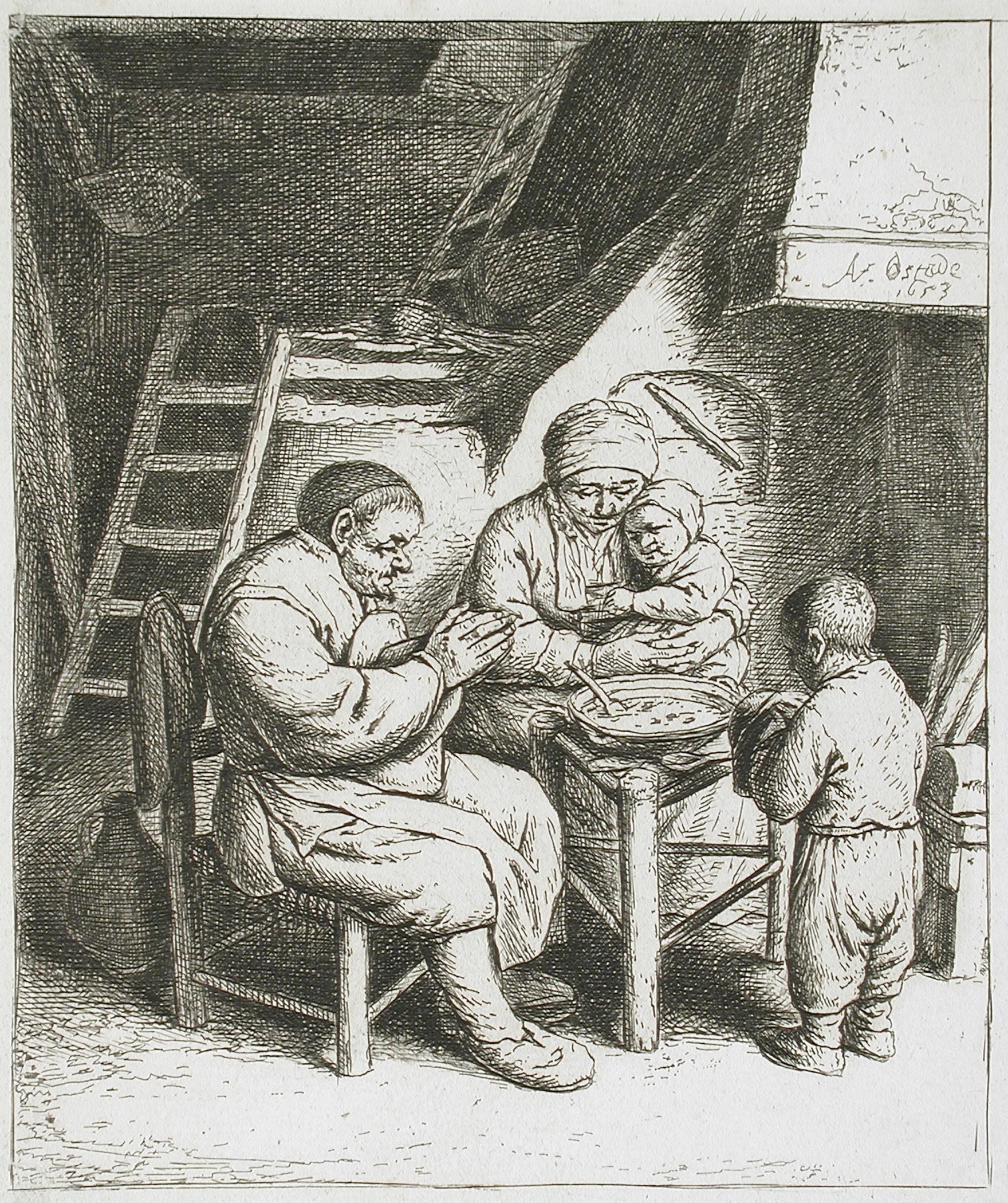 There is something paradoxical about that deepest and most original source of social organization—namely, the giving and receiving of gifts. To give, one must do so graciously, and without expectation of return. After all, to give for the sake of return is to make an investment, which is precisely not to give. Likewise, to receive a gift well, one must be grateful—again, not because we have to in some sort of mechanistic sense, but because it is a characteristic response of good will.

But of course it is also true that a beneficiary gives with something like an operative expectation of return. If I buy lunch for my friend, I would be surprised and probably even miffed were he to accept without responding in a manner, even if it is only by expressing his thanks. When a child receives a gift from her grandmother, she is expected to respond gratefully—even and perhaps especially if she is not excited by the gift. Barring some sort of artificial ideological commitment, we think it natural to teach children gratitude.

Still, as philosopher Claudia Card puts it, “A duty to be grateful sounds like a joke.” There is a constitutive ambiguity in the giving and receiving of gifts, one that is not present in more formal or impersonal contexts in which the conditions of right return are specified precisely. To be grateful is necessarily unnecessary, which is appropriately confusing, and the spontaneity of gift exchange is uniquely vulnerable to awkwardness and even pain. “You shouldn’t have” is only one bizarre way in which such ambiguity manifests in Anglophone cultures.

Now, we might be forgiven for not caring too much about this, to relegate the matter to an unimportant, if unfortunate, inelegance of polite society. But this would be a mistake. Graceful giving and grateful receiving are distinctively human arts, integral to our life together in ways that are invisible to us, without reflection.

The great Roman philosopher Seneca offers the most influential extended treatment of the mystery of gratitude in all of Western philosophy in his first-century letter, On Benefits. “Among the many and diverse errors of those who live reckless and thoughtless lives,” writes Seneca to his peer and well-known benefactor Aebutius Liberalis, “almost nothing that I can mention . . . is more disgraceful than the fact that we do not know how either to give or to receive benefits.”

This is not hyperbole, at least not in the author’s own self-understanding. Seneca is quite serious that ingratitude is a pernicious, fundamental evil—a failure of personal character, friendship, and religious devotion. In fact, wagers Seneca, “all [crimes] spring from ingratitude, without which hardly any sin has grown to great size.” Ingratitude is born of a “partial view of ourselves, by greed, or by jealousy,” all species of a failure to understand the reality that “the immortal gods have held—still hold—us most dear, and in giving us a place next to themselves.”

But what is it about gratitude that makes its consequences so dire? Seneca’s answer—an answer that would reverberate in intellectual cultures far beyond his own—in a classic argument from Book IV of On Benefits:

God has given [humanity] two things, reason [ratio] and fellowship [societas], which, from being a creature at the mercy of others, make him the most powerful of all; and so he who, if he were isolated, could be a match for none is the master of the world. Fellowship has given to him dominion over all creatures; fellowship, though he was begotten upon the land, has extended his sovereignty to an element not his own, and has bidden him be lord even upon the sea; it is this that has checked the assaults of disease, has made ready supports for old age, has provided solace for sorrow; as a help against Fortune [fortuna]. Take away this fellowship, and you will sever the unity of the human race [unitatem generis humani… scindes] on which its very existence depends.

“Graceful giving and grateful receiving are distinctively human arts, integral to our life together in ways that are invisible to us, without reflection.”

The Roman statesman speaks as much from the vicissitudes of experience as from the stillness of theory. Ratio is not just the engine of philosophical insight and scientific discovery—though it is that—it is also the condition for our distinctively human life together. Reason guides by the reflective light of what is truly good, constitutively free of the immediacy of seeming goods perceived as particular to given times and places. And it is a correlative effect of reason that we are capable of societas—namely, what Seneca takes to be our natural inclination to intend and act as living members of communities prescribed by Nature herself. This fellowship is the common principle of what Seneca knew as the seamless teamwork of trireme oarsmen slicing through the Mediterranean or field doctors furiously attending the wounded in valetudinarium hospitals. Fellowship is the social glue of nations and families—whatever it is that allows us to think and act as “we” rather than merely “I.”

With this picture in mind, we get a better sense of the aforementioned “high stakes” of gratitude. For, as it happens, the social reciprocity of gift and return is precisely what societas amounts to upon analysis:

For how else do we live in security if it is not that we help each other by an exchange of good offices? It is only through the interchange of benefits [commercio beneficiorum] that life becomes in some measure equipped and fortified against sudden disasters…. His safety lies in fellowship.

A mother, “on whose knee I learnt love,” gives everything to her child. His safety lies in the fellowship that arises accordingly, and he is emboldened to love in return. In short, as Seneca would put it, Nature expresses herself in the reciprocity of gift and gratitude, with characteristic constancy and grace. To say as much is also to recognize that any sort of calculation of expected return would make a mockery of the whole thing. After all, “he is ungrateful who in the act of repaying gratitude has an eye on the second gift.” Any fellowship forged in the mechanism of such reasoning is hardly worthy of the name, for it does not deliver safety in body or spirit. Instead, as the German sociologist Georg Simmel writes in Senecan spirit, gratitude is “the moral memory of mankind.”

But we can imagine a critic motivated by the paradox with which we began. Could it not be the case that Nature herself is given to instrumental calculation, cloaked perhaps in a more biological or economic selfishness not easily discerned by common sense? As it happens, Seneca directly treats the matter, anticipating the cynical tendencies of the question’s modern addressees: “‘But this good,’ you say, ‘has in it also some element of profit.’” The Roman’s response is instructive, especially for those of us belonging to sacred traditions.

It is our aim to live according to Nature, and follow the example of the gods. Yet, in all their acts, what inducement have the gods other than the very principle of action?… See the gigantic efforts they make every day, the great largesses they dispense;… they do all of these things without any reward, without attaining any advantage for themselves. Our rule also, if it would not depart from its model, should observe this principle of never proceeding to virtuous acts for pay. We should never be ashamed to set a price on any benefit whatsoever—the gods are ours for nothing!

It is critical to the project of Seneca’s On Benefits that graceful giving and grateful receiving are rational precisely because calculation is absent. Suffusing the entire panoply of fellowship’s manifestations in human affairs is the gratuity of Nature herself—the recognition and response of a world experienced as gift. This “first gift,” to which religious gratitude and offices of devotion are proper effects, operates as principle and exemplar of the same giving and receiving that is societas. The world need not be thus—or at all, for that matter—and the fact that it is nevertheless for Seneca is the clearest evidence of a vocative grace to which gratitude is the principally human response.

In the Fall 2020 issue of Renovatio, Mark Damien Delp writes incisively of a contemporary culture dominated by “subtle inclinations of desire and fear that, detached from reason, are shaped and channeled by the artificial intelligence of corporate  algorithms.” We stubborn partisans of more ancient aspirations of virtue and the good life should consider Seneca’s advice. Be grateful—not for the sake of some ill-fated obsession with politeness or implicit calculation of a second gift—but because the world is already a gift. To see as much is to recognize one’s vocation as a member of our race.