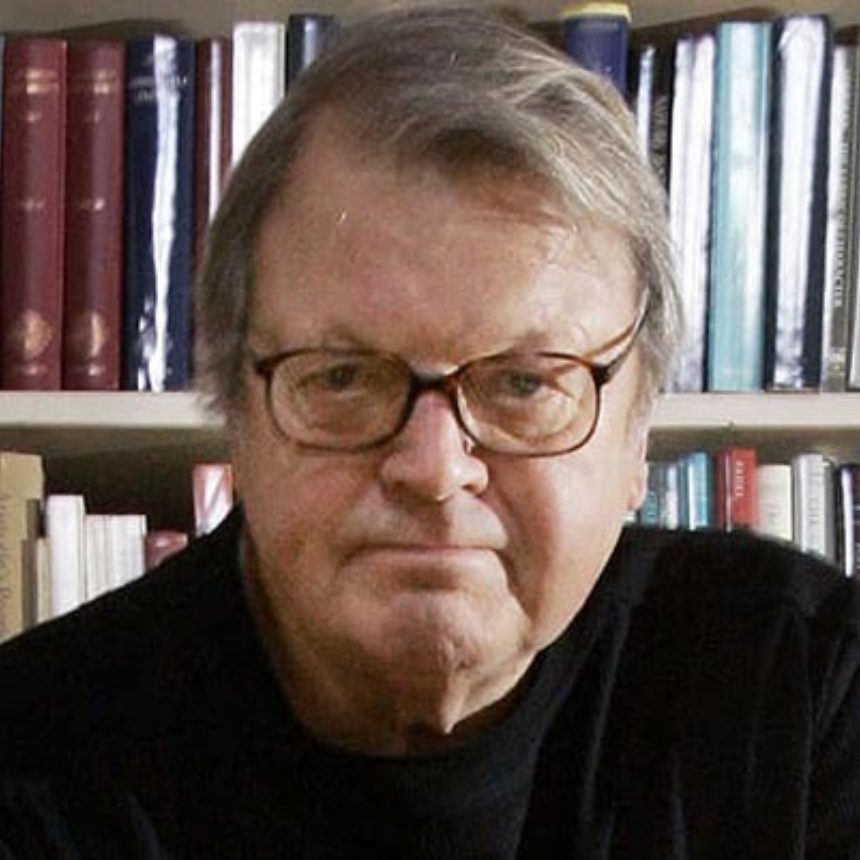 Garry Wills is a cultural historian and professor of history emeritus at Northwestern University, specializing in American studies and cultural history.

More About this Author
Read Time
|
by Garry Wills …

Garry Wills is a cultural historian and professor of history emeritus at Northwestern University, specializing in American studies and cultural history.

“Using the Brain You Gave Me”

Augustine of Hippo on Language 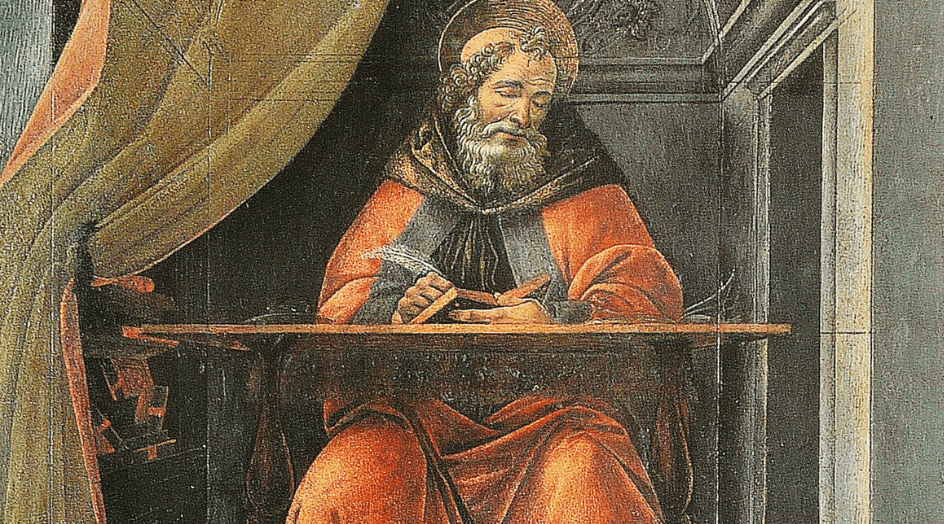 To handle words with words is to interweave them like interlaced fingers: rubbing them together makes it hard to tell, except by each finger on its own, which is doing the itching and which the scratching.
—Augustine, "The Teacher"1

Augustine (354–430 CE) wrote his most interesting treatment of language in his dialogue with his sixteen-year-old son, Adeodatus (“Godsend”). The dialogue, “The Teacher” (“De Magistro”), might surprise those who did not know that Augustine had a son. The myth of Augustine is that he had a sexually promiscuous youth, about which he felt morbidly guilty the rest of his life. That is wrong on several counts. Augustine fell in love with a hometown girl (at Thagaste in Africa) when he was sixteen, and for the next fifteen years—all through his twenties—he “lived with only one woman and kept faith with her bed” (Confessions IV, 2). Godsend was their only child. When Augustine went to the court of Emperor Valentinian II in Milan, Augustine’s mother, Monnica (African spelling), got him to give up the boy’s mother. Godsend’s mother went back to her hometown in Africa, though the boy stayed with his father. “The woman I lived with for so long was torn out of my side. My heart, to which she had been grafted, was lacerated, wounded, shedding blood” (Confessions VI, 25).

Monnica, who was not as saintly as she has been portrayed, had no moral objection to Augustine’s mistress. She objected only to the fact that the woman was low-born, and Monnica was arranging a society marriage to fit the status Augustine had achieved at the imperial court. Because the young socialite his mother lined up was only twelve when she was pledged to marry him, Augustine took up a temporary mistress, the second and last woman we can be sure he had sex with. His conversion to a Neoplatonic (ascetic) form of Christianity ended that final affair.

After Augustine went to Milan at age thirty, a circle of Neoplatonic mentors removed his last objection to Christianity from their books, and he chose to be baptized as a Christian. To prepare for that, he spent the autumn of 386 at a friend’s villa north of Milan, conducting dialogues with family (his mother and his son), friends, and students. The dialogues were taken down by stenographers and copied by scribes (the normal way of writing in antiquity). At Easter of 387, Augustine and Godsend and Augustine’s closest friend, Alypius, were baptized by Saint Ambrose. After that, Augustine went with his son back to Africa, which is where his dialogue with Godsend takes place. Right after that, the boy unexpectedly died, and Augustine, who was proud of his son’s precocity, said he did not edit his son’s words. They are the genuine responses of a sixteen-year-old. The father mourned the son this way: “His talent, if a father’s fondness deceives me not, was full of promise.”2

Unlike most earlier dialogues, “The Teacher” is a one-on-one test of mental agility, a kind of intellectual jousting. Words are the principal ways of teaching and being taught. But what are words? Signs—things that have meaning only by what they refer to. Then how do we make the connection between the word and the thing? In the Confessions (I, 13), Augustine seems to say that he made the connection on his own, as an infant:

All by myself, using the brain you gave me, my God, for want of getting each thing I wanted from each person I wanted, when my screams, my noises random and random flailing of limbs, did not convey the desires within me, I began to use my memory to pull in what I desired. Whenever people named something, and used the same inflection when indicating that thing with their bodies, I would take note and store in memory the fact that they made the same sound when they wanted to indicate that thing.

The great twentieth-century philosopher Ludwig Wittgenstein began his book Philosophical Reflections by arguing with this passage of Augustine (though he quoted only the last sentence).3 He said Augustine limited himself to ostensive (i.e., pointing) forms of language. You can point to a table or a chair, but what do you point to when you use words such as obeying and fitting? Wittgenstein seemed not to have known that—ten years before that passage in the well-known Confessions—Augustine had anticipated that objection in his lesser-known work “The Teacher.” The father asks the son what he would point to for the meaning of words such as if and nothing. When Godsend cannot think of a way to point to a nothing, Augustine says that people may think them silly if their dialogue is to be blocked by nothing.

Augustine agrees with Wittgenstein that even point-at-able things are not single in their meaning. Wittgenstein says that showing a picture of a boxer does not necessarily prompt the word boxer. Some could think the picture was trying to convey the sense left-handed or strong or crouching. Augustine introduces similar problems with words like to walk. Godsend says he would get up and walk to demonstrate the meaning of that word. But what if he is already walking when asked for the meaning? He says he would walk faster, but he admits that walking faster might suggest a word for hurrying or seeking or even pacing out a measure of distance.

Augustine shows that it seems very hard to establish a connection between signifying and signified, word and thing. The word has to be different from what it is referring to—or any time you used the word lion, the animal would spring out of your mouth! The sign may be so distant from its object that it amounts to little more than saying “See!” while showing the thing meant. But what if the thing meant no longer exists? Augustine says that the scriptural word sarabarae (Daniel 3:94) is apparently some form of headgear. We know what head means and what gear means, so we are not learning anything new if we cannot look at a real sarabarae but are just repeating words we already had.

That is the trouble with trying to explain words with words. They can be signifiers without proper signifieds. So Augustine looks for things that can convey their meaning without using words. He gives sign language and mime acts as examples (7). But if a viewer wants to refer to the mime show once it is over, he can only do so in words.

This makes Godsend suppose that the thing being referred to is always better than the word that names it. But Augustine asks if his son would rather have “filth” (caenum) or the word for it? Having the word is convenient not because it is more hygienic than real filth, but because knowledge of filth is useful.

In fact, as Godsend begins to realize, the distinction is not merely between two things—a sign and the thing it refers to—but between four things: “the name, the thing named, knowledge of the name, and knowledge of the thing named.” It is not enough to have the intellectual concept of the thing referred to. One must have a knowledge of what the sign itself is doing, so one grasps the word in all its different forms (cases and number for nouns, declensions and times and moods for verbs) and with an awareness of the different ways it can be used. One must know, as Wittgenstein himself says, the whole game of language—what moves and potential functions words have. Noam Chomsky argues that this game is too complex to be built up from scratch; we are born with an innate feel for grammar.4

So, for both a sign and its objects, we need purely intellectual concepts. The mind works on a spiritual level. That is why we cannot simply give our concepts to one another. Augustine cannot export his own understanding into Godsend. The boy must achieve understanding on his own. The father can give the son information but not understanding. As Augustine said in the passage Wittgenstein quoted only partially: “All by myself, using the brain you gave me.” We are created to be knowing creatures and are therefore equipped to know, with God’s help. Augustine says we all have an internal teacher using internal tests to get at meaning. Knowing is a “do it yourself ” project:

As for all the things we do understand, we do not derive them from a speaker sounding words exterior to us, but from listening to the interior truth that informs our mind. Anyone who is able to reach his own perception is a learner in his internal forum, and a judge of those addressing him in the external forum.

Thus, God is the only real teacher, working through the mind He has given to human beings.

This is called “Augustine’s theory of inner illumination.” Critics object that he makes of ordinary knowing a continual chain of miracles. I think he would cheerfully admit as much. God is continually active in the souls He has created. When people call the raising of Lazarus a miracle, Augustine agrees to that but asks why that is more miraculous than His raising Lazarus from nothing in the first place. We are all miracles; God is continually working in us.

Modern scientists are amazed as they study what newborn babies know and how quickly, improbably, they learn complex things, such as language and self-preservation strategies.5 They seem to arrive already well prepared for life. Plato, in his Meno, ascribes that to a memory of some prior existence. Chomsky ascribes it to a level of evolution already reached before they are born. Augustine says it is “using the brain you gave me.”