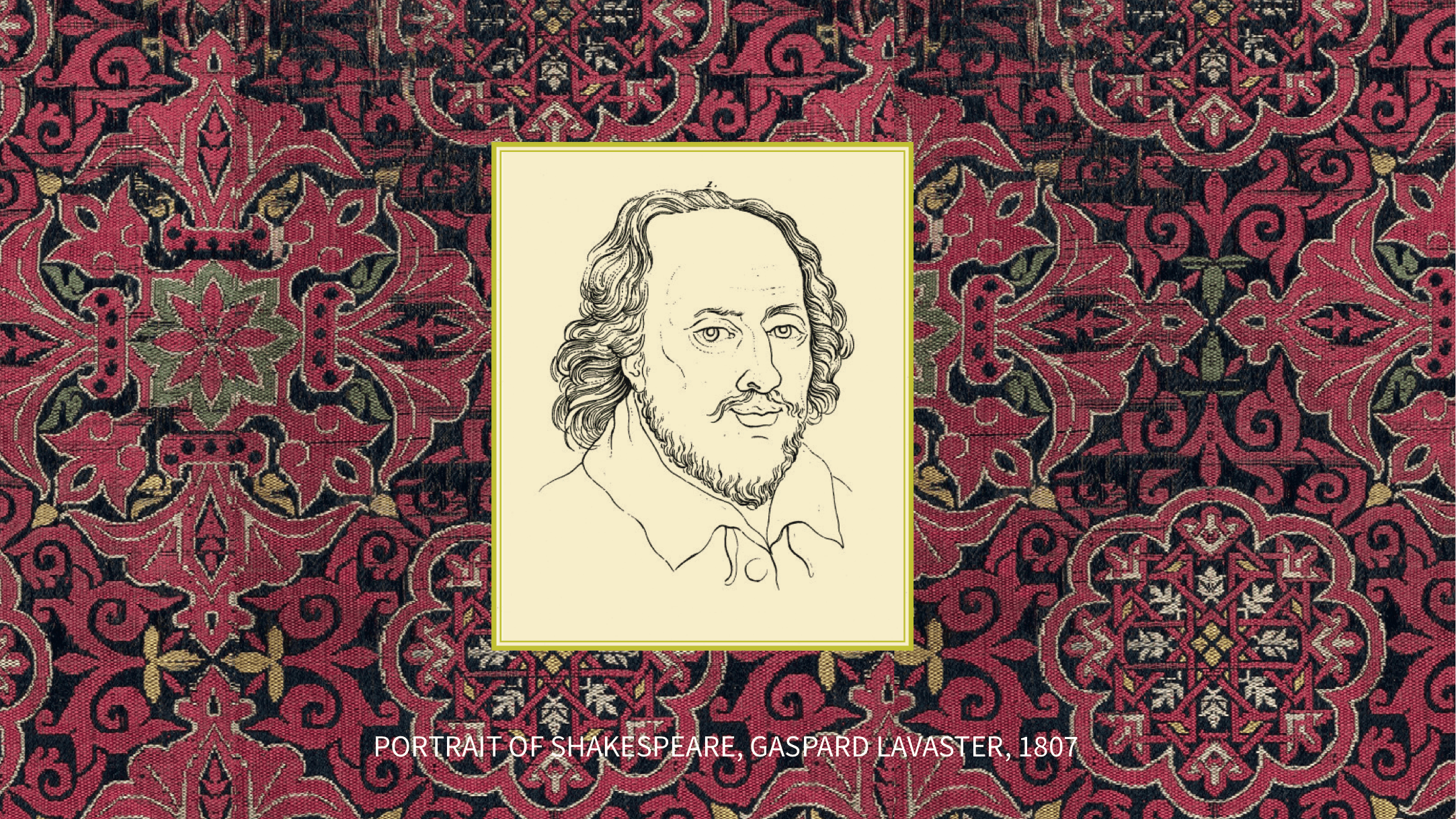 Charles Upton is a poet and metaphysician whose written works revolve around mysticism and social action.

More About this Author
Read Time
|
by Charles Upton …

Charles Upton is a poet and metaphysician whose written works revolve around mysticism and social action.

Having finally endured enough second-rate Hamlets out-heroding Herod, and watched and heard even the greatest Shakespearians defeated by the Soliloquy—Olivier holding irony beneath him, though sublimity was not above him, Burton struggling with it like an anaconda, twisting, lashing out against the teeth of incomprehension—I’ve concluded that only a metaphysical exegesis can give those words the space they need to fly, without undue torrent, tempest and whirlwind, to their eternally-destined targets:

To be or not to be,—that is the question:—  Whether ‘tis nobler in the mind to suffer  The slings and arrows of outrageous fortune,  Or to take arms against a sea of troubles,  And by opposing end them?

To battle fate or submit to it, to live on or to sacrifice, or to take, one’s life—of course these are embraced by the question Hamlet poses. But the question itself is bigger—so big, in fact, that the questioner, if he be Prince Hamlet of Denmark, is too small to ask it. Hamlet’s downfall will not arise out of a wrong answer to the question he poses, but out of the arrogation to himself of the right to determine his own existence or annihilation, and the mad belief that he has or ever could have the power. It is God Alone who says what is to be and what not to be, not the puny ego, not the psychic man forgetful of the Spirit, whom Shakespeare beautifully nails elsewhere in the play by having his hero say of himself, “I could be bounded in a nutshell and count myself king of infinite space—were it not for bad dreams.” The ego that labors under the delusion that it is self-created —the ego that is, in fact, nothing but this delusion—also believes that it can end itself; if this were only true, hell would hold no terrors.

The arrogant, megalomaniac ego says: To take arms is to be; to suffer is to be annihilated. The contemplative ego says: To suffer is to be, since fortune is the mask of God; to take arms is to be annihilated—because who can fight the Almighty? Who can fight the sea? Yet the contemplative ego is still an ego; capitulation to fate is still not resignation to the Will of God. What if He orders us to fight? What then? What if the only way we can be annihilated, as ego, is to cross swords with the Unconquerable? As W.B Yeats says in The Four Ages of Man:

He with body waged a fight—
But body won; it walks upright.

Then he struggled with his heart;
Innocence and peace depart.

Then he struggled with his mind;
His proud heart he left behind.

Now his wars on God begin:
At stroke of midnight, God shall win.

Only the ego is capable of making a distinction between action and resignation, self-being and self-annihilation; they are the loom upon which it is woven. The Spirit of God has never heard of them.

To die,—to sleep,—
No more; and by a sleep to say we end
The heart-ache, and the thousand natural shocks
The flesh is heir to, ‘tis a consummation
Devoutly to be wisht.

Indeed it is a consummation, and indeed it is to be wished devoutly; annihilation in God is, precisely, the consummation of all devotion, the end of the spiritual Path. The ego, however, cannot know this; the ego’s rendition of annihilation in God is mere suicide—that great act of “self-determination”! To the ego, death is a sleep; to the Spirit, death is the great Awakening. To die in the Spirit truly is to die to sleep no more.

We're just getting started. Let us know what you think.

To die,—to sleep,—  To sleep! perchance to dream: ay, there’s the rub;  For in that sleep of death what dreams may come,  When we have shuffled off this mortal coil,  Must give us pause….

Here the Prince begins to suspect the truth: that to be or not to be cannot be decided by the ego. And yet, what any normally religious man can do, this wise fool, this over-sophisticated, self-determined Renaissance man, this lifelong university student, cannot; he cannot say: Almighty God, my life and my death are in Your hands. Too smart to believe that death ends everything, too stupid to realize—or too proud to admit—that the Almighty holds him in the hollow of His hand, what else can he do but whine?

For who would bear the whips and scorns of time,  The oppressor’s wrong, the proud man’s contumely,  The pangs of despised love, the law’s delay,  The insolence of office, and the spurns  That patient merit of the unworthy takes,  When he himself might his quietus make  With a bare bodkin?

Those devotees of a false self-abasement who patiently attribute merit to what is unworthy of it are spurned indeed, just as Hamlet is spurned, spurned and beguiled, by his own unworthy philosophy.

….who would fardels bear  To grunt and sweat under a weary life.  But that the dread of something after death,—  The undiscovered country, from whose bourne  No traveler returns,—puzzles the will,  And makes us rather bear those ills we have  Than fly to others that we know not of?

Indeed the will is puzzled, because the will is intrinsically a servant, and in Hamlet’s case—Hamlet standing precisely for modern western man—it is a servant without a Master. The will’s Master is the Intellect, the Nous, the Eye of the Heart—which, to Hamlet, is truly an “undiscovered country,” as it must be to anyone who tries to think with his will, who neither directly discerns nor faithfully holds to any true Principles outside the will and its mental reflections. The will, blind to the Intellect or else rejecting it (and what else can the blindness of the will be but a willful blindness?), can do nothing but bear itself as a fardel, grunt and sweat under its own weariness, and dread the void in which the Spiritual Intellect lies hidden, that land which can only be reached when the ego dies? Truer words were never spoken than that the spiritual traveler never returns from that undiscovered country—and yet one Traveler did. Hamlet, we can now see, though Prince of a supposedly Christian nation, has lost his hold on Christ—and this is a loss that all his modern Renaissance sophistication can never redress. Christ for the Christian is the Way, the Truth and the Life; who has Christ has no right to call life a meaningless burden, and death an undecipherable mystery. Death has been deciphered, and life too; Christ is their exegesis. Yet all that remains of the Kingdom of Heaven in Hamlet’s soul is his vague but all-too-valid apprehension that insofar as the other world is undiscovered, it harbors nameless ills—though such ills are truly nameless only to those who have lost the Name.

Thus doth conscience make cowards of us all;  And the native hue of resolution  Is sicklied o’er with the pale cast of thought;  And enterprises of great pith and moment,  With this regard, their currents turn awry,  And lose the name of action.

Thus doth conscience make cowards of us all. What a telling characterization of the psychic man, the mental-willful man, to whom the Spirit, the pneuma, can only appear, insorar as it does appear, as a kind of foreknown doom. Hamlet is like a titan who foresees that in the war against the gods the titans will lose, and so gives up the struggle—not in resignation to the Will of God, but in spineless capitulation to the despair of the ego, the source and destiny of the ego’s puny pride. True conscience is, on the moral level, firm guidance to the will, and on the Intellectual level—the level of synderesis—the direct apprehension of spiritual Truth by means of a “knowing together” which marries knower and known in devout consummation—or rather, which reveals the Knower and the Known to have been One in essence from the beginning: “Two distincts, division none: number there in love was slain” [from The Phoenix and the Turtle].

Hamlet’s conscience, however, is nothing but the mental reflection of the ego in the warped and shattered mirror of the conditional world, where nothing must be because nothing is intrinsically true, where anything might be because anything at all might happen—given that the future is an undiscovered country, harboring the ego’s perfect shadow, which is fate. Without access, through Intellection, to eternal Truth, thought is precisely sick, and integral action impossible. The native hue of resolution is the tincture of the Intellect upon the devout and submissive will, who as a servant bears It’s colors; this is true conscience, which makes a coward only of self-will, while conferring upon the loyal will, the will which has sworn fealty to It, unerring guidance, legitimate validation, and its true place in the cosmic order. This is the great good fortune of the will that knows a King. For Hamlet, however, the king is a usurper, just as will has usurped Intellect within his own soul; the true King, the Divine Intellect, is dead.

This article is excerpted from Knowings in the Arts of Metaphysics, Cosmology and the Spiritual Path (Sophia Perennis, 2008) with permission from author.