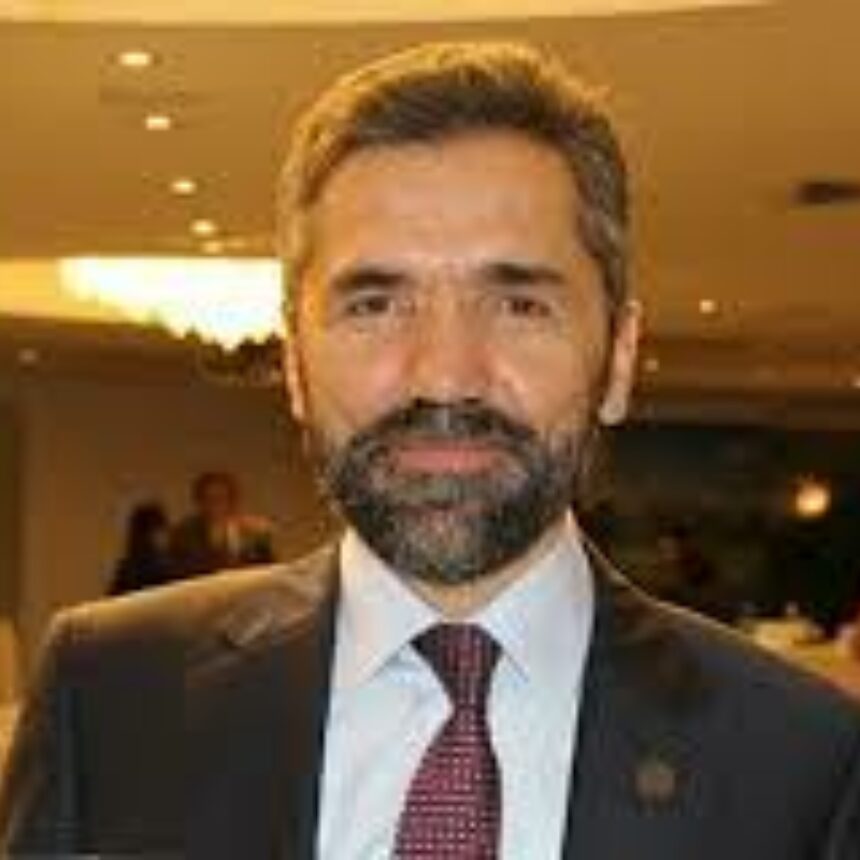 Recep Şentürk is dean of the College of Islamic Studies at Hamad bin Khalifa University, Qatar.

More About this Author
Read Time
|
by Recep Şentürk …

Recep Şentürk is dean of the College of Islamic Studies at Hamad bin Khalifa University, Qatar.

Islamic Law and the Children of Adam 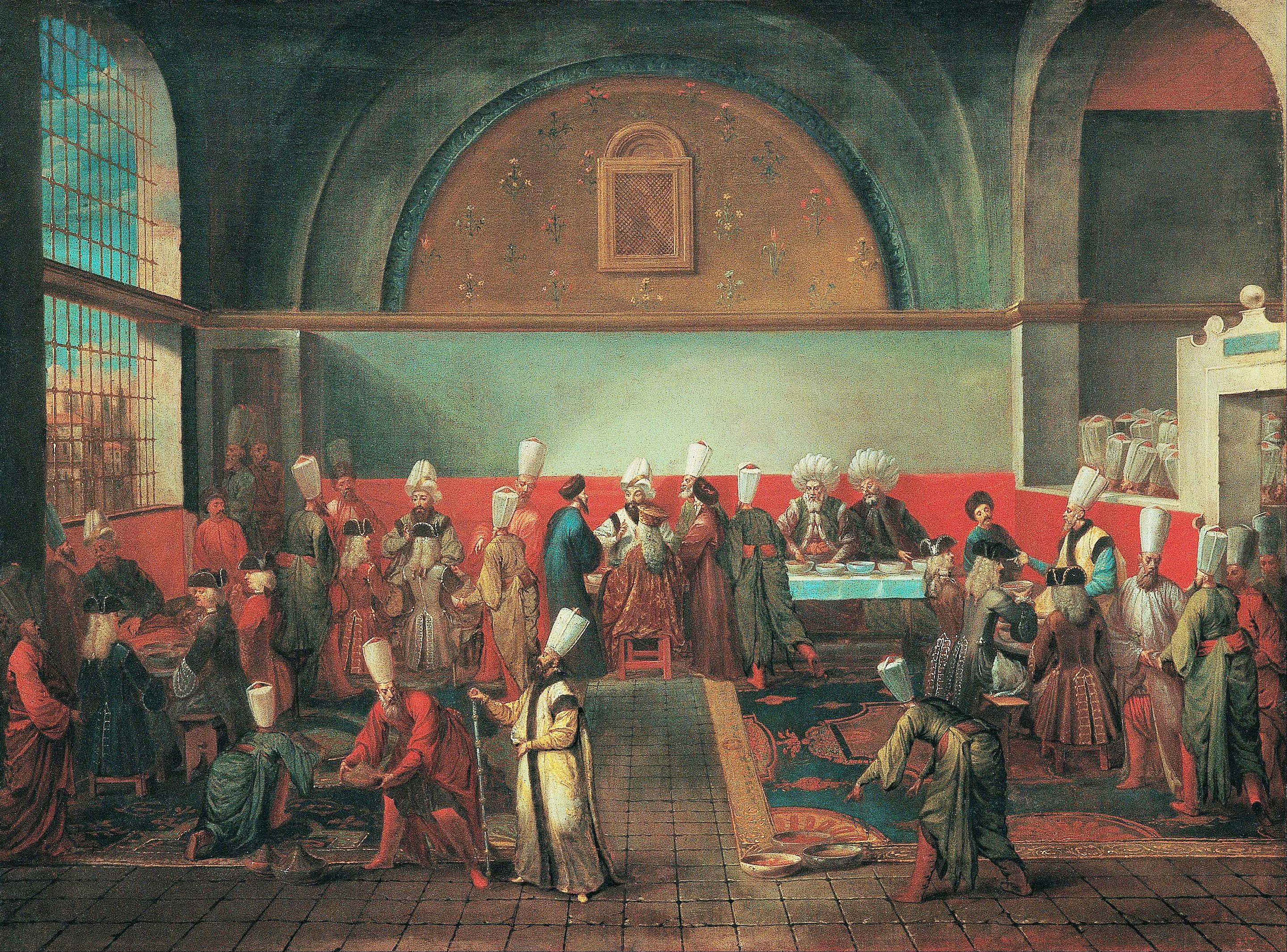 Islam is arguably the fastest-growing religion in the world today, which raises questions and concerns for Western societies that have growing Muslim populations. If Muslims were to become a majority community one day, how would they treat their neighbors? What would they contribute, and what would they have to offer to Western societies? These questions rightfully worry native populations, and as Islam spreads, the public discourse tends to become dominated by answers from security experts, journalists, and politicians who have little or no grounding in Islam.

As we shall see, the Islamic tradition— in particular, its political history and jurisprudence—addresses these worries: simply put, in Islamic law, all human beings possess inviolability, regardless of their creed, color, class, or culture. This surprising legal maxim and its religious and philosophical justification deserve to be explored, as well as its implications for Muslims negotiating religious pluralism.

The classical books of Islamic jurisprudence and the history of Muslim rule extending from India to the Balkans testify—conceptually and practically—to the inviolability of all human beings in Islam. Moral, legal, and political theories in Islam, as well as state practices over a vast geography across centuries, assure us that Muslims—if grounded in their tradition—would carry good tidings to today’s societies. Thus, growing numbers of Muslims represent an opportunity, not a threat, to liberal Western societies.

But today’s Muslims, unlike their predecessors or traditions, carry the burden of proof, especially given the relentless anti-Muslim propaganda fueling public fear about Islam and creating adversity between Muslims and their neighbors. This means Muslims must reverse the tragic loss of their social memory and restore the disconnect from their own intellectual, political, and moral history; they face the daunting task of relearning their own tradition so they can articulate, and represent, what Islam can contribute to the commonweal.

Driven by the unprecedented increase in geographic mobility in the modern age, societies around the world have rapidly increased in social diversity. Yet some ideologies see diversity as a threat to their homogeneous culture and seek to erase diversity, an impulse that contradicts the Islamic vision. Muslims always understood diversity as a God-given condition of human society, necessitating its careful management for a moral, just, and peaceful society. Far from being an epiphenomenon, diversity reflects God’s ultimate and endless power. God uniquely manifests Himself in every creature, and because divine manifestation never repeats, each human being differs from every other— we are a collection of individuals, not a collective mass. But we also have a common denominator—namely, our humanity, or ādamiyyah in Arabic.

The Qur’an repeatedly makes it explicit that social diversity is the will of God and that created beings cannot make diversity disappear through forced conversions, expulsions, or other means. Thus, Islamic social thought seeks not to extinguish diversity, an ambition doomed to fail, but to manage it in a way that allows all individuals to flourish. Modern and postmodern ideologies, which desire to redesign human beings according to their standards, inevitably fail—after causing suffering and bloodshed—because they oppose God’s will.

“God uniquely manifests Himself in every creature, and because divine manifestation never repeats, each human being differs from every other—we are a collection of individuals, not a collective mass.”

Brotherhood in Ibrāhīmiyyah asserts that Prophet Abraham is the father of the prophets of Judaism, Christianity, and Islam and that Muslims share a common spiritual genealogy as well as commonalities in faith, law, and morality with Jews and Christians.

Brotherhood in Muĥammadiyyah acknowledges the Prophet Muĥammad ﷺ as the spiritual father of the ummah, the global Muslim community. The Qur’an declares that all believers are brothers and sisters and that the criteria for nobility and superiority are God-consciousness, piety, integrity, and virtue (taqwā). In addition, the Prophet Muĥammad’s ummah has two groups: those who have already accepted his call and those still being called upon—Muslims comprise the first group, and the rest of humanity comprises the second.

Finally, there is also a cosmic tier: brotherhood in being. All beings, including human beings, form a family—which we can call nature, or the universe—and exist in both the physical and metaphysical worlds. This unitive perspective guides our relationship with the natural world, which is particularly important for environmental ethics.

The Law of Universal Brotherhood

Throughout history, when Muslims encountered diversity from other religious communities and from minorities under their rule, they relied on the Ādamiyyah paradigm to guide them so they could live in harmony amid the diversity. Then came a long eclipse of that concept under exclusionist ideologies, so now Muslims must aim to revive the Islamic legacy of an open civilization grounded in Ādamiyyah to contribute to peace and justice in the world.

These rights are also called đarūriyyāt, or al-đarūrah al-shar¢iyyah, which can be glossed as the axiomatic principles of law, as well as al-kulliyyāt al-shar¢iyyah, or universal principles of law. In other words, classical Islamic literature employs various terms to denote the rights that accrue to all human beings simply on the basis of their humanity. More specifically, this category of rights includes the following six rights:

This raises the question of whether Muslims should be responsible for protecting the rights of all human beings, without exception, or only of citizens in Muslim polities. Islamic law forwards two major approaches. The majority of Muslim jurists, including the Hanafi, Maliki, and Hanbali scholars as well as some Shia scholars, commonly concur that Muslims are obligated to protect the rights of all human beings in the world (al-¢iśmah bi al-Ādamiyyah). In contrast, the second approach comes from Shafi‘i scholars, who coalesce around the more limited notion that Muslims are responsible for protecting the rights only of citizens in Muslim polities (al-¢iśmah bi al-īmān aw bi al-amān). For Shafi‘i scholars, the right to inviolability arises from shared faith or from a covenant with a Muslim authority for protection.

The major jurisprudential difference manifests itself in the question of the universal applicability of Islamic law. The majority of Muslim jurists consider Islamic law universal, and they assert it adjudicates the rights and duties of all human beings, regardless of their religion and citizenship. Again, the Shafi‘i school differs and argues that Islamic law adjudicates only for the citizens of the Muslim polity, which includes adherents of the Abrahamic religions, known as People of the Book (Ahl al-Kitāb).1

The first school of thought, represented by the Hanafis, Malikis, and Hanbalis, aligns with the school of Ādamiyyah, and the second school, represented by the Shafi‘is, aligns with the school of Ibrāhīmiyyah. The first school grants rights universally to all the children of Adam, regardless of their religion or citizenship, while the second school grants rights only to the followers of Abrahamic religions who are citizens of a Muslim polity. These two positions about rights in Islamic law are comparable to the division in modern jurisprudence between advocates of universal human rights and advocates of constitutional or civil rights within a nation.2

Jurists from the Hanafi, Maliki, and Hanbali schools stated how they viewed the relationship between Ādamiyyah and human rights in their works. For example, eleventh-century Hanafi scholar al-Sarakhsī (d. 1090 CE) explained the view of his madhab on universal human rights as follows:

Upon creating human beings, God graciously bestowed upon them intelligence   and legal personality with accountability (dhimmah). This was to make them ready with these qualities to get obliged to fulfill the rights of God. Then He granted them the right to inviolability, freedom, and property to let them continue their lives in such a way that they can perform the duties they are burdened with as part of the divine trust. Then these rights to carry the divine trust, freedom, and property exist with the human being at his birth. The insane/child and the sane/adult are the same concerning these rights. This is how the proper personhood with accountability is given to him at birth in order for God to firmly assign him with the rights and duties.3

Ibn ¢Ābidīn (d. 1836 CE), the famous Hanafi jurist, stated that “a human being has legal sanctity (karāmah), even if he is non-Muslim.”5 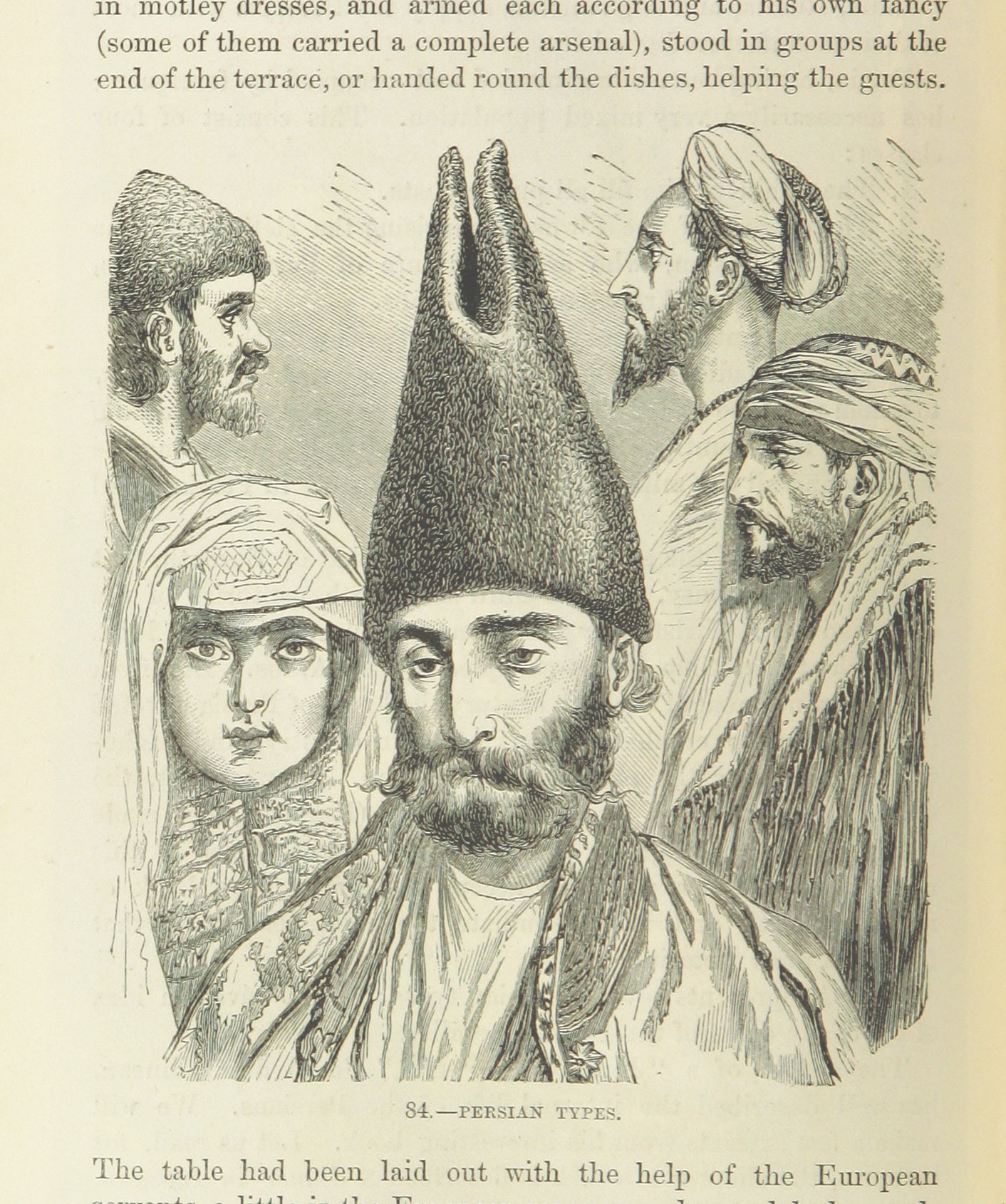 It is commonly known that Islam grants freedom of religion and equal fundamental human rights to the People of the Book, who follow Abrahamic religions. Lesser known is how Islam treats people outside the Abrahamic religions, such as Zoroastrians, Buddhists, Hindus, pagans, and so on. Tareq Sharawi, in his doctoral thesis, demonstrated that the Hanafi, Maliki, and Hanbali views converge with respect to the universal human rights granted to all people, regardless of their Abrahamic status. Sharawi studied the experiences of Hindus and Buddhists under Mughal rule in India, Zoroastrians in Iran, and the pagans in Mauritania who lived under Muslim rule, and he showed that these minority communities enjoyed fundamental human rights under the Ādamiyyah paradigm for many centuries.10

Does Islamic Law Protect Those Who Deny Islam?

These universalist statements about human rights for all people, even those who deny the final religion of God (Islam), His final messenger (Muĥammad), and His Book (the Qur’an), raise important questions: Why did God and the Prophet Muĥammad ﷺ grant freedom and human rights to those who denied them? Why does Islamic law protect those who denied Islam?

The answers lie in the Islamic understanding of the reasons behind the creation of the universe and its inhabitants, and of paradise and the hellfire. God’s creative act is designed to test human beings and their conduct on earth and to eventually reward or punish each individual, but they can only be held accountable for their conduct if they enjoy complete freedom and the right to inviolability. Only free actors deserve rewards for choosing right actions over wrong actions. Likewise, only free actors deserve punishment for wrong actions chosen when right actions are possible. Without complete freedom, paradise and the hellfire would be meaningless for humans.

Consequently, Islamic polity and law seek to create an environment of freedom and inviolability where individuals make free choices so they can meaningfully be held accountable for their choices by God in the hereafter. Islamic law uses power to enforce laws to protect the six human rights identified above. It does not use force to regulate people’s faith and their relations with the Almighty God. However, the Qur’an and the hadith of the Prophet Muĥammad ﷺ criticize the superstitious faith and unjust practices of other traditions and present persuasive arguments so all humans may choose to accept Islam of their own free will.

Muslims have always approached their fellow humans from the perspective of brotherhood, viewing them as either brothers in Ādamiyyah or brothers in Ibrāhīmiyyah. This perspective, which classical Islamic moral, legal, and political literature outlines in detail, guided Muslim civilization over a large region, extending from India to the Balkans and Africa. As Ibn Khaldūn argues, the future is more like the past than the similarity of water to water. At their best, Muslims cultivated an open civilization and managed diversity based on brotherhood in Ādamiyyah, Ibrāhīmiyyah, and Muĥammadiyyah. Muslims—if grounded in their classical political tradition and rooted in Islamic jurisprudence—have the tools to offer this spirit of unity once again to the world. Thus, the growth of Islam in Western societies should be seen as an opportunity for the sustainability of diversity in the world.