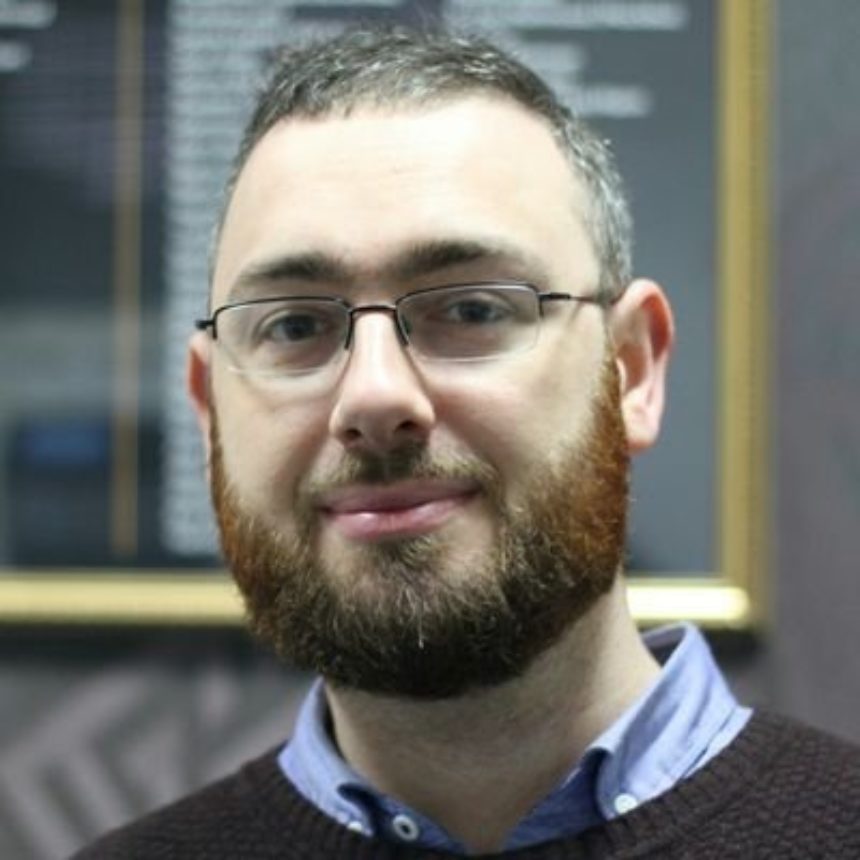 Ramon Harvey's first book, The Qur'an and the Just Society, will be published by Edinburgh University Press in 2017.

More About this Author
Read Time
|
by Ramon Harvey …

Ramon Harvey's first book, The Qur'an and the Just Society, will be published by Edinburgh University Press in 2017.

Justice and Mercy on the Scale 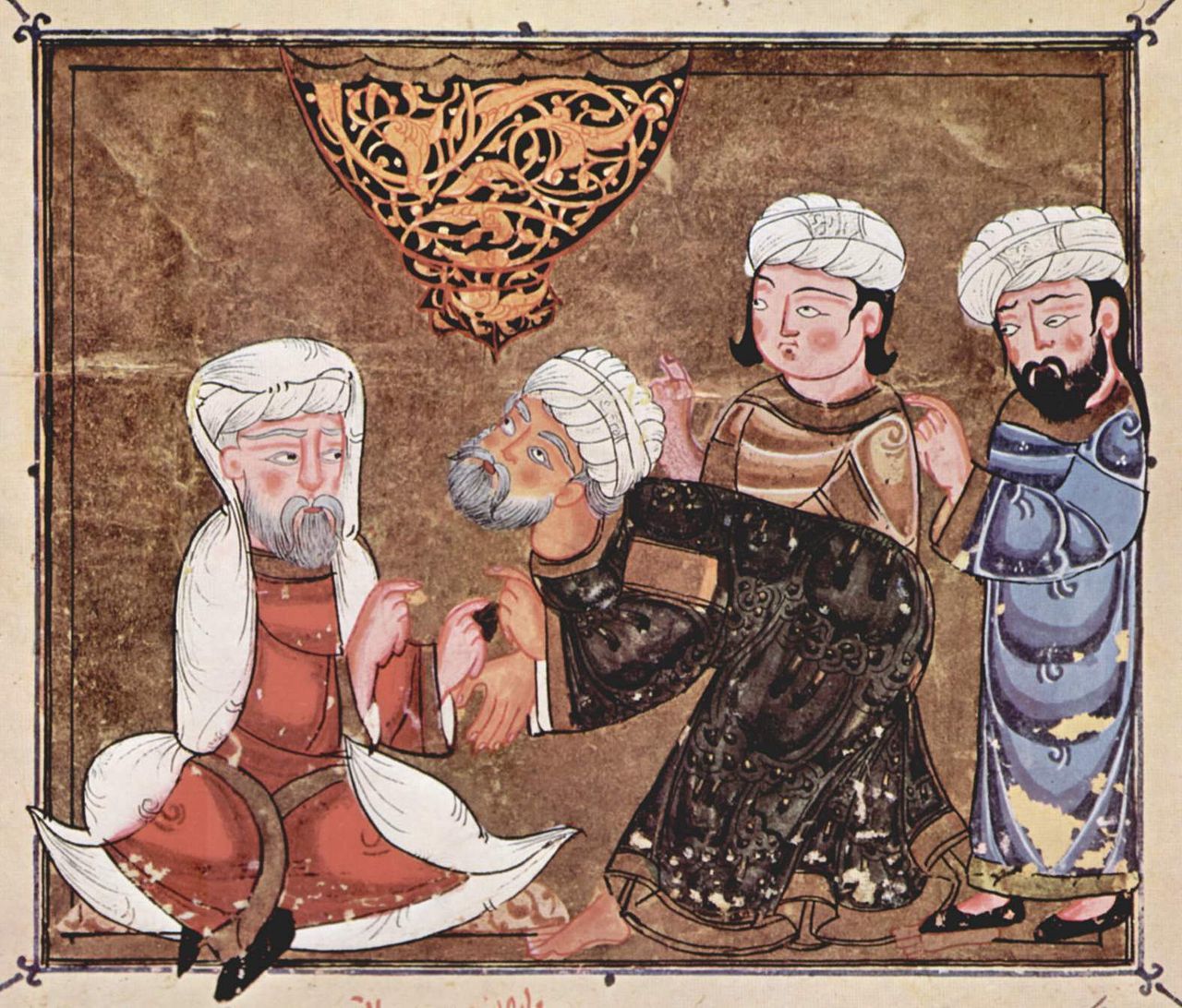 A man pleads for mercy before a qadi (magistrate). Artist unknown, circa 1335.

In recent political history, appeals to justice have resonated with great urgency, especially in the United States, the United Kingdom, and across the Arab world. For instance, in his remarkable U.S. primary campaign, Bernie Sanders repeated a call for social justice countless times on the stump—and was able to do so in a country increasingly riven by inequality and by what he described as its failure to provide basic needs, such as health care and educational opportunities, to all of its citizens. Even Donald Trump’s support in the general election from blue-collar white voters was based at least in part on their feeling that they had been treated unjustly and unfairly by the Democratic Party. More recently, in the snap election held in the United Kingdom, Jeremy Corbyn, leader of the Labour Party, defied the polling and media consensus to increase vote share and seats in Parliament, depriving the rival Conservative Party of its majority. His platform was also predicated on social justice, and he advanced a more radical position than Sanders, for example by calling for the return to nationalized energy and rail sectors. Moreover, public sympathy with political movements based on the denunciation of injustice is not limited to the West. The upheavals in Arabic-speaking Muslim countries since 2011—the phenomenon dubbed the Arab Spring—in many ways reflect the yearning for a more just society.

The universal desire for justice makes it plausible to claim that justice is in some sense a natural moral quality. Nevertheless, it remains difficult to define justice precisely, as demonstrated by the long history of ethical and political inquiry within the Western philosophical tradition, characterized as “a series of footnotes to Plato” in Alfred North Whitehead’s memorable phrase.

Part of the problem is that the idea of justice supervenes over a range of ethical phenomena. In addition, the inclination toward mercy must be balanced with justice on the scale. Consider a judge deciding between two competing claims for justice—one may say that he or she aims to act equitably. A judge, or magistrate, is termed a justice, reflecting that the excellence of that person’s work is measured by the degree of impartiality in applying the law (assuming, of course, that the law itself is just!). Even if extreme sympathy has been generated for one claimant, the dictates of mercy cannot overturn the other’s right to justice. But in some instances, equity may be superseded to an extent by forgiveness and conciliation; for example, mercy is often requested during the sentencing of a person who has been convicted. Arguments may be made on both sides of the scale: the conscience’s command for impartial justice faces a countermand for lenience.

How can this variance be explained? If we think of any ethical choice as a moral test, it would seem in the case of the judge evaluating competing claims that the crucial point is how far one can leave aside the inclination toward bias and instead embrace justice. In the case of sentencing a convicted criminal, the test is to temper justice with mercy.

When we turn our attention to society as a whole and imagine the condition of a just world inhabited by fallible human beings, it becomes clear that the overall vision must aim for justice, without neglecting mercy. This means the moral code and laws to which human action ought to conform on a social level must express a wisdom capable of uniting these two virtues, just as it seems they must be united within our intuitions about ethical choices in our personal lives.

The Qur’an uses two parallel words for justice: ʿadl and qisţ. Although both of these terms occur extensively within the scripture, ʿadl is usually the focus of attention by commentators, who will even gloss qisţ as ʿadl, though never vice versa, leading the terms to be treated as synonyms. Yet careful study shows that these two words are also characteristically used within the Qur’anic lexicon for specific aspects of justice.

Words patterned on the root letters of ʿadl, which etymologically refers to the balancing of two objects, can be used when justice should be understood as equity as a personal virtue. An example of the importance of impartiality is found in the context of providing witness, perhaps legal (or more generally for the sake of God), in Qur’an 5:8: “Do not let hatred of others lead you away from justice (allā taʿdilū), but adhere to justice (iʿdilū), for that is closer to awareness of God.”

Verses within the Qur’an providing ethical guidance on divorce meanwhile demonstrate that, in certain situations, a higher ethical standard can transcend customary notions of justice. Compare Qur’an 65:2, “so keep them according to what is customary or split from them likewise” (fa-amsikūhunna bi-maʿrūfin aw fāriqūhunna bi-maʿrūf), and Qur’an 2:229, “divorce is twice, so a retention according to what is customary or a release with excellence” (al-ţalāqu marratān fa-imsākun bi-maʿrūfin aw tasrīĥun bi-iĥsān).

Two new key words in the Qur’anic moral vocabulary have been introduced here: maʿrūf, that which is customarily known to be just and hence liable to some degree of variance between different societies, and iĥsān, a transcending of natural justice to a level of ethical and spiritual excellence, embracing what was referred to above as mercy. This can be observed in Qur’an 16:90, often repeated within the Muslim Friday khuţbah (sermon): “God commands justice (ʿadl), moral excellence (iĥsān), and generosity toward relatives and He forbids what is shameful, blameworthy, and oppressive.”

In some cases, the relationship between justice and mercy is even more finely balanced. Consider the Qur’anic law of talion, or qiśāś. In Qur’an 2:178, after prescribing retribution for murder, the Qur’an adds a clause by which a compensation may be accepted instead: “But if the culprit is pardoned by his aggrieved brother, this shall be adhered to fairly, and the culprit shall pay what is due in a good way. This is an alleviation from your Lord and an act of mercy.” This places the Qur’anic law in a middle position between the strict Mosaic law that mandates capital punishment in Deuteronomy 19:21 and the Gospel principle to “turn the other cheek” in Matthew 5:39.

The Qur’an recognizes that, in certain situations, a stricter application of justice may result in greater overall social welfare: “Fair retribution saves life for you, people of understanding” (2:179). Nevertheless, it promotes forgiveness as the higher moral ideal: “The one who gives clemency, it will serve as atonement for him” (5:45). The Qur’anic position thus retains a flexibility to deal with a wide range of social situations and makes human moral actors to some degree responsible to their conscience, whereby their actions are to be placed on the continuum between strict justice and mercy.

Where then does qisţ fit in? The word derives from the notion of a share given out, and may even mean a certain quantity of measure. It therefore often has the connotation of a more tangible form of justice, or fairness. This may lead to the linguistic argument, which has some merit, that while ʿadl denotes equity, qisţ denotes distributive justice.

Within the Qur’an, however, while ʿadl tends to be descriptive of a personal standard of conduct, qisţ qualifies the condition of justice to be established within the societal arena. Qisţ thus becomes a central term for the place of justice within the Qur’anic Weltanschauung, as expressed in Qur’an 57:25: “We sent Our messengers with clear signs, the Writ and the Scale, so that people could uphold justice (al-qisţ).” Here justice is not envisaged solely in its dimension as a virtue, a quality privately embodied within discrete individuals, but as a real part of the socio-moral world. The Qur’anic notion of qisţ refers to a shared social project, or what we could term the just society. As such, it is the goal realized by the wisdom of human action as the sharīʿah, the divine law and moral code, which confirms and extends the outline of justice already intuitively known via the natural law, represented perhaps in the Qur’an by the Scale (al-mīzān).

Plato assumes that the just city exactly mirrors the just human soul in precisely balancing its internal elements, each serving the purpose dictated by its nature. In The Republic, he puts into the mouth of Socrates, “it’s not the concern of law that any one class in the city fare exceptionally well, but it contrives to bring this about in the city as a whole, harmonizing the citizens by persuasion and compulsion, making them share with one another the benefit that each is able to bring to the commonwealth.”

“The Qur’anic picture is one in which interior human action always remains a moral test, and fine distinctions between justice and mercy are an important part of its perfection.”

The Qur’anic picture is rather one in which interior human action always remains a moral test, and fine distinctions between justice and mercy are an important part of its perfection. In contrast with this, within the shared ethic of society, it is the telos, or goal, of that action, as evaluated against the scale of natural and divine law, that extends justice to society on the basis of mercy. This is because both justice and mercy stem from—and return to—God’s wisdom, as even the greatest rivers on earth eventually flow back to the sea. As Milton quotes Jesus in Paradise Lost in an address to God,

Yet I shall temper so
Justice with mercy, as may illustrate most
Them fully satisfied, and thee appease.

As the recent populist movements in the United States and the United Kingdom show, the political claims forwarded for justice within the contemporary world often resonate among large groups of voters from a range of political persuasions. Within the frame adopted in this essay, this is not a surprising fact, but reflective of the nature of justice—in the sense of qisţ as a collaborative and merciful social project. Thus, it is often easy for religious activists, both conservative and liberal, to form alliances with broader movements that claim to fight societal injustice. Without denying the importance of such political alliances in achieving tangible, shared goals, it is intellectually coherent to distinguish between the respective philosophical approaches of the varying proponents of social justice. Nonetheless, the concepts of justice and mercy remain basic to the language with which human beings engage in common theoretical inquiry and calls to practical action, while the Qur’anic balance of these virtues is prescribed by our Creator for the realization of a better world for all.